A problem that the millions of young women affected by breast cancer face: premature menopause, due to the chemotherapy given causing ovarian failure, meaning many of those women who haven’t had children yet, may not be able to get pregnant. However, a new study finds that a new drug has some promising effects on the fertility of these women. 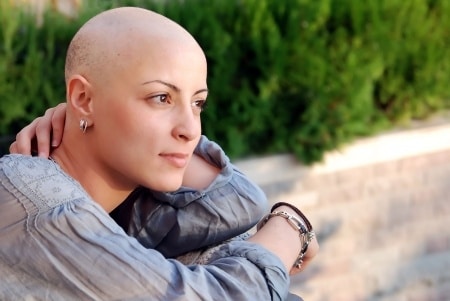 The study, which was presented at the annual meeting of American Society of Clinical Oncology in Chicago, had shown that women who were undergoing chemotherapy and receiving AstraZeneca’s PLC drug goserelin were 64 percent less likely to be affected by premature menopause than the women who had received chemotherapy alone. These women were also more likely to have successful pregnancies. The drug also showed improved survival rates, as well.

Experts believe that a woman’s active ovaries are more likely to sustain damage from chemotherapy. Their theory is that making the ovaries dormant and stopping a woman’s monthly menstrual cycle might be able to shield them from sustaining harm from the chemo. Researchers studied 257 women from around the globe, who were under the age of fifty who were affected by breast cancers that were not fueled by estrogen. All of them received a typical chemotherapy regimen, with half of the women also receiving monthly shots of goserelin, which is meant to lower estrogen and temporarily shut the ovaries down. The main side effect of the drug is menopausal-like symptoms such as vaginal dryness and hot flashes. After the women received the drug, researchers then followed them to see how the drug and chemotherapy affected their fertility.

After two years, researchers concluded the results on 135 participants. Eight percent of the women given goserelin had become menopausal, as opposed to twenty-two percent of the women who did not receive the shots. In total, there were twenty-two pregnancies in the group who received the drug, versus the 12 pregnancies in the control group. While this information is exciting, researchers say that comparisons are hard to make because all of the women may not have been trying to conceive, with other factors coming into play such as their partner’s fertility also playing a role.

The study’s lead, Dr. Halle More of the Cleveland Clinic says “The difference was enough that in spite of all the limitations in the study, we were pretty convincingly able to see an effect.” Dr. Kathy Albain, a breast cancer specialist at Chicago’s Loyola University, another one of the study’s leaders says that the benefits of this drug go beyond that of preserving a woman’s fertility, saying, “Some women don’t care about having children” after being afflicted with breast cancer, but many of the women do want to avoid “being jolted into early menopause” by their chemotherapy treatments.

Approximately a quarter of all breast cancers occur in women under the age of fifty, which is about 40,000 to 50,000 women each year. Chemotherapy can throw a woman straight into menopause, which is unlike natural menopause, which occurs gradually. In half of the women, the condition of menopause is permanent, which eliminates their chances of pregnancy altogether. Albain says, “This is the first time anything has been shown to prevent this. I think these findings are going to change our clinical practice.” The results of the study are very promising on survival, suggesting that the women who received goserelin were about fifty percent more likely to be alive and well four years after starting chemotherapy, compared to those receiving chemotherapy alone.

“Scientifically, the field of oncology has never been more exciting.” Hudis also spoke of the newest therapies that are being used to target the cellular function of tumors, which can lead to some significant progress in treating many cancers that have been difficult to treat in the past. Jyoti Patel, cancer specialist at Northwestern University says, “We have made incredible progress in 50 years.” Chief medical officer of ASCO, Richard Schilsky says “The scientific breakthroughs in cancer are occurring at a breathtaking pace and are being translated into new drugs and devices that benefit patients more quickly than ever before.”