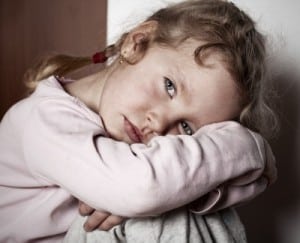 Economists, social scientists, pediatricians and policy experts all recently gathered to discuss an issue plaguing 22 percent of all children in the United States. The plenary session, titled “A National Agenda to End Childhood Poverty” took place at the Pediatric Academic Societies (PAS) annual meeting in Washington D.C., and it discussed a wide range of issues relating to childhood poverty in the United States.

Everything from health to the potential future of a child can be impacted by poverty. The effects are well-documented through studies, research and real-life statistics. Yet this issue has plagued families and children in the U.S. since the 1970’s.

“How can this be the wealthiest country in the world when one in four of America’s children has been living in poverty for over four decades,” plenary Co-Chair Thomas K. Cinergy, MD, FAAP, president of the American Academy of Pediatrics (AAP), said at the meeting. “The AAP and the Academic Pediatric Association (APA) have decided that now is the time to work on reducing childhood poverty as a major step to improve the health of our nation’s children, our most precious resource.”

Children who grow up in poverty are more likely to die during infancy. They are at higher risk for frequent and severe complications like asthma, poor nutrition and growth, obesity and obesity-related complications. They also have less access to quality health care and they have lower immunization rates than the rest of the population, which puts them at risk for even more complications.

To add to those issues, children in poverty are less likely to be successful in school. This is partially connected to their increased risk for health issues, but there are also other reasons that this occurs. And because education is important for more than just immediate health and well-being, experts at the plenary meeting believe that child poverty is an issue that many people – from investors and top CEOs to teachers and lawmakers – should be interested in resolving.

“There is no higher-return investment for business than early childhood,” Dr. Duggan, co-founder of ReadyNation, a business partnership for early childhood and business success told Medical News Today. “Investments in early health care that supports brain and child development have documented high near-term returns in the form of increased school readiness, reduced special education, and reduces costs for grade retention and English language learning. They also generate long-term returns through higher graduation rates, greater employment and increased lifetime job earnings. All of these add up to a more productive workforce, a stronger economy and higher business profits.”

And childhood poverty isn’t without solutions, plenary Co-Chair Paul Chung, M.D. FAAP, chair of the APA Public Policy and Advocacy Committee and chief of General Pediatrics at Mattel Children’s Hospital UCLA said at the meeting. There are other developed countries that have devised long-term national efforts to decrease the number of children living in poverty in their countries. And those that have developed these plans have been successful. However, the U.S. has no such plan at this time.

“Pediatricians simply can’t reach their full potential as health care providers when we have no real strategy to help address the most important childhood drivers of lifelong poor health, such as poverty,” Dr. Chung said. “Until then, we’re all just playing at the margins.”

And the U.S. has proven that they can resolve issues of poverty with their success in reducing poverty among its elderly population. Policy decisions have decreased poverty among the elderly from 35 percent in 1959 to just 9 percent in 2010. Now we need to do the same for our nation’s children and the families that care for them.

What are your thoughts? What do you think can be done to decrease poverty among children in the United States?