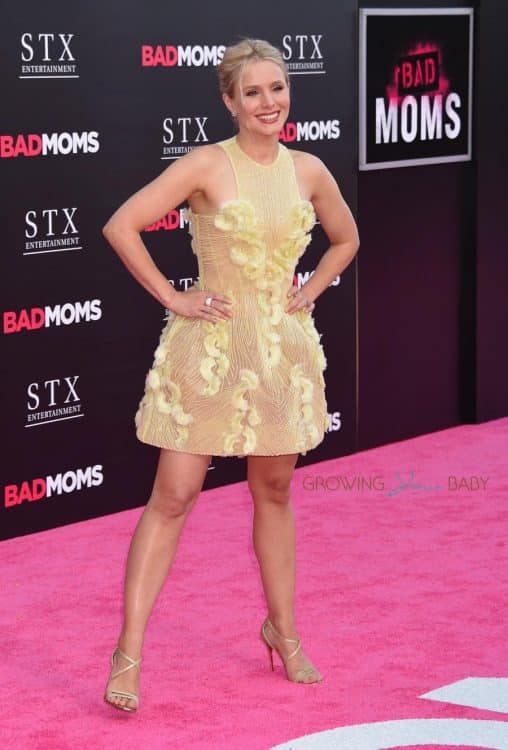 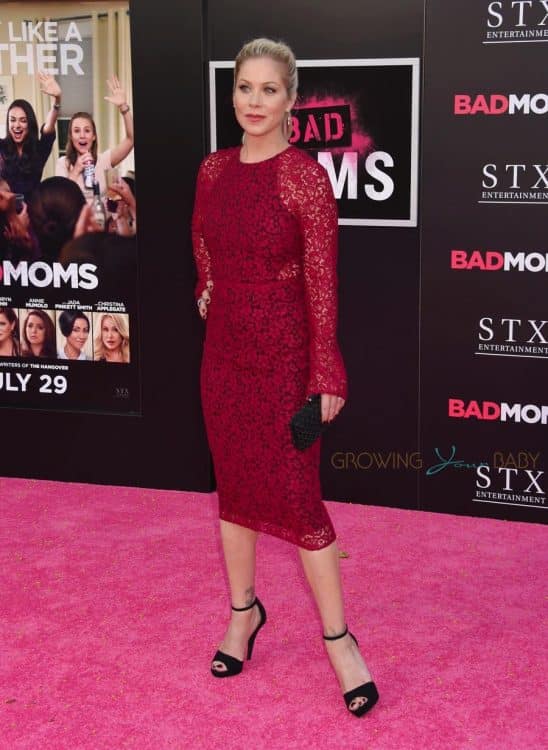 Second-time mama-to-be Mila Kunis sparkled in a black Atelier Versace above the knee dress that she paired with pink heel.  Her growing baby belly could be seen underneath the dress’s red and blue sashes. 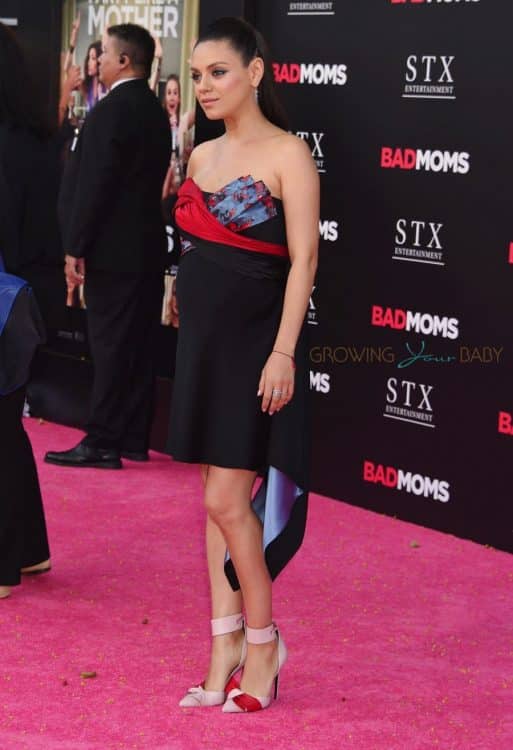 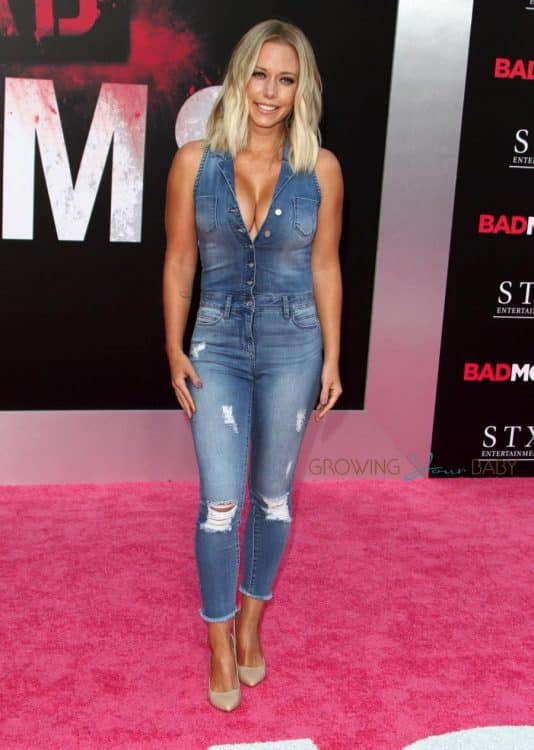 On Thursday Mila and Kathryn Hahn flew across the country to attend a screening of the film in New York City with The Moms. 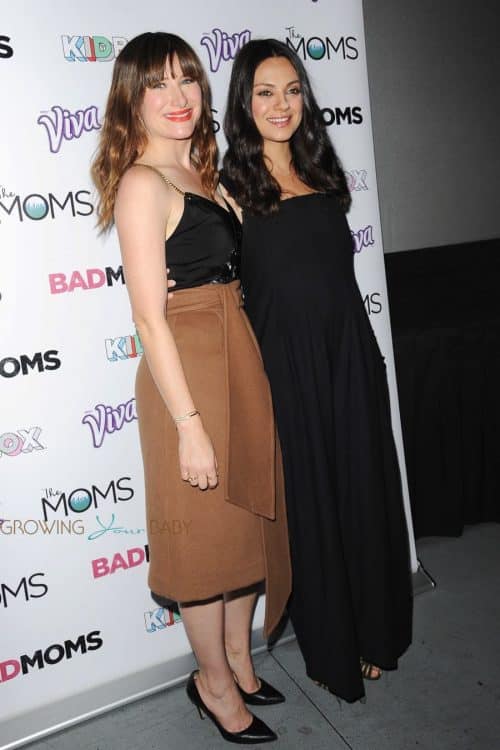 Afterwards, Kathryn and Mila joined Robert Simonds to ring the closing bell at the Nasdaq! 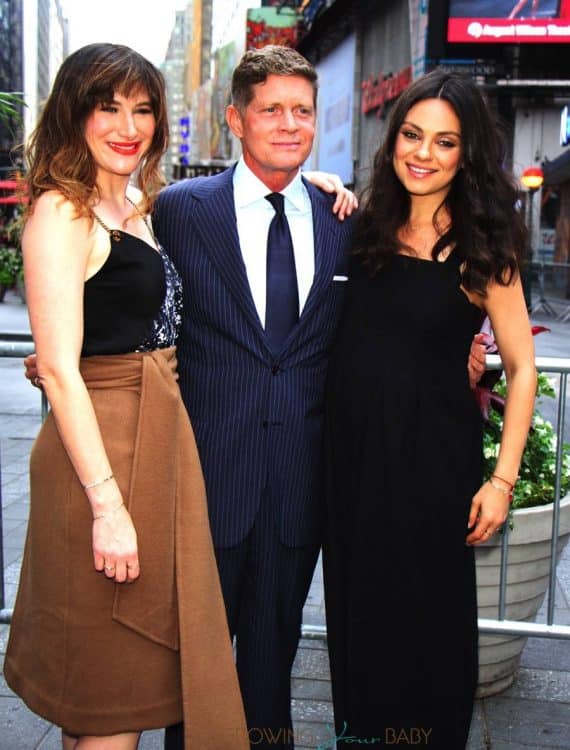