Home » Rocking a Baby Does Soothe and Relax, Scientists Say 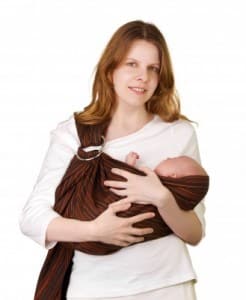 When you’re calm and your baby cries, what do you do? If you’re like most parents, you’ll pick up your baby, cradle it in your arms, and begin to rock. It might be a slow, swaying rock. It can be a bit of a bouncy rock. Maybe you pace the floor. No matter how you define the motions of your rocking, it’s still rocking. And, if you’re like most parents, you don’t even think about it; you just do it. Have you ever wondered why?

According to a recent study conducted in Japan, babies really are calmed when they are picked up, cradled and rocked. Their heart rates slow when they are placed in the arms of their mother and moved around. Interestingly enough, the same effect is not seen when the mother simply holds her baby standing still.

Even more interesting is the fact that Kumi Kuroda and colleagues at RIKEN Brain Science Institute in Saitama found this exact same response in young mice. Published in the journal, Current Biology, Dr. Kuroda discovered that young mouse pups become quiet and relaxed when they are gripped gently around the collar and moved. Their heart rates slowed while being carried. And, according to Dr. Kuroda, an involuntary activation of movement detectors in the nervous system, controlled by the cerebellum region of the brain, was triggered while carrying the mice around.

“From humans to mice, mammalian infants become calm and relaxed when they are carried by their mother. This infant response reduces the maternal burden of carrying and is beneficial for both the mother and the infant,” Dr. Kuroda told The Independent. “When I picked up the pups at the back skin very softly and swiftly, as mouse mothers did, they immediately stopped moving and became compact. They appeared relaxed, but not totally floppy, and kept the limbs flexed…This calming response in mice appeared similar to me to soothing by maternal carrying in human babies.”

Dr. Kuroda believes that a better understanding of why and how this occurs could help to prevent child abuse. For example, parents may become stressed when their baby cries everytime they are put down, or when they cry for extended periods of time, especially when parents use “cry it out” methods.

“A scientific understand of this infant response will save parents from misreading the restart of crying as the intention of the infant to control the parents, as some parenting theories such as the ‘cry it out’ type of strategy suggests,” she said. “Rather, this phenomenon should be interpreted as a natural consequence of the infant’s sensorimotor systems.”