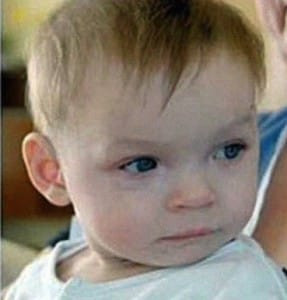 The goal of adoption is to provide an orphaned child with a forever family – a safe and loving environment where they can thrive and grow into well-grounded, self-assure adults. Unfortunately, that doesn’t always happen. Sometimes adopted children face a fate even worse than the one they were destined to experience as an orphaned child. This happens with both in country adoptions and out-of-country adoptions. Russia has taken the unfortunate experiences personally and they are now expected to pass a bill that will ban Americans from adopting children from Russia.

The bill, named after Dima Yakovlev, a Russian-born toddler that died from a heat stroke after being forgotten in the car of his adoptive American father, comes just mere months after a US mother abandoned twin Russian girls – an unfortunate event that suspended American adoptions of Russian children.

Already passed unanimously by the Federation Council, Russia’s upper house of parliament, the ban bill is now waiting for the signature of President Vladimir Putin. He has strongly hinted that he will sign the bill, which will also outlaw some US-funded non-governmental groups and place visa bans and asset freezes on Americans that have been accused of violating the rights of Russians.

“It is immoral to send our children abroad to any country,” Valery Shtyrov, a Federation Council deputy said in the one-sided debate that took place before the unanimous signing by parliament.

A December 23rd poll done by the Moscow-based Public Opinion Foundation indicates that the majority of Russians are on board with the new bill; 75 percent of respondents said that Russia should ban or place additional restrictions on all foreign adoptions. But this bill goes much deeper and not everyone agrees with the parliament and president.

Ties between the US and Russia have been fragile for some time now. Syria, the Kremlin’s treatment of opponents and restrictions that have been placed on civil society groups since Putin has come into office back in 2000 have been partially responsible for that strain. But some 19 Russian-born children that have died “at the hands of US citizens” over the last decade has added fuel to the fire.

Russian liberals are outraged by the bill. Without discounting the tragedy surrounding some US-Russian adoptions, these critics believe that the Russian government is about to limit opportunities for Russian orphans. They also feel that their politicians are using the lives of innocent children to play a dangerous political game.

Foreign Minister Sergei Lavrov and Olga Golodets, a deputy prime minister is one of those critics. Last week, he said that the ban would be “wrong” and that Russia should stand by and pursue the bilateral accord that would improve the Russian government’s ability to keep tabs on children adopted by US parents. This force went into effect November 1st of this year but Foreign Ministry officials have said they will take steps to halt that agreement.

Children’s rights advocates say that the law will deprive children of an opportunity to leave the already overcrowded Russian orphanages. And according to the police, seven people protesting the law have already been arrested.

“This is the most vile law passed since Putin came to power,” activist Boris Nemtsov told Border Mail. “Putin is taking children hostage, like a terrorist.”

Despite the opposition, Putin says he’s not backing down. Border Mail cited him as saying that the bill is an emotional but appropriate response to US legislation that is poisoning foreign relations. Putin is referring to the Magnitsky Act that President Barack Obama signed off on earlier this month – a bill that would impose visa bans and asset freezes on Russians accused of human rights violations, including those that were linked to the death in custody of an anti-graft lawyer back in 2009.

Russia’s new bill, which is set to take effect on January 1st, should Putin sign it, may also result in visa bans for Americans that were involved in the prosecution of Viktor Bout, a Russian arms dealer who served a 25-year prison sentence in the US. Moscow deemed the arrest and trial unfair, which would qualify it as a violation of the human rights of Russians.