Home » Study: Serotonin May Be the Key to SIDS

Sudden Infant Death Syndrome, or SIDS, is a too common and too little understood condition in which an infant dies suddenly for no clear understood reason. New research may have found a missing key however. The brain chemical serotonin could be the missing ingredient in many SIDS cases. 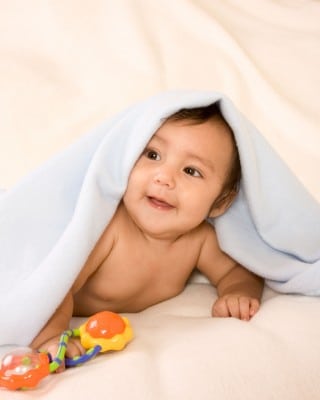 Serotonin is a brain chemical that is linked to many of the body’s processes, including our sleep cycles. It acts as a neurotransmitter that keeps many vital functions going. The chemical is so vital, in fact, that a lack of it may be responsible for some of the SIDS deaths reported each year. Dr. Rachel Y. Moon, SIDS researcher and associate chief of the division of general pediatrics and community health at the Goldberg Center for Community Pediatric Health at Children’s National Medical Center in Washington, D.C., thinks that a lack of the chemical could prevent an infant from waking up properly when they need to. When the infant is facing a lack of oxygen or a health issue, they may simply just fail to wake up.

“We think a lot of it has to do with arousal, and how babies can wake up when they are asleep,” Moon said. “If you have a baby who gets into a compromised situation and they are becoming hypoxic, there are some babies who are sleeping so deeply or have an arousal defect that they can’t wake up.”

More than 2,200 infants die from SIDS each year in the US. It is considered the number one killer among infants under age one, with most death occurring between two and four months. The deaths are sudden, and often unexplained. Even with health reviews, few truly understand what causes these sudden deaths.

Previous research, headed by Dr. Hannah C. Kinney, a neuropathologist at Children’s Hospital Boston, found that the serotonin levels of infants that died from SIDS was 26 percent lower than that of other infants. This lead to the belief that a defect in the serotonin producers may be to cause for some infants being unable to wake. The infants that died of SIDS also had 22 percent lower levels of tryptophan hydroxylase, an enzyme that helps make serotonin.

The next step is for researchers to find a way to identify which infants have reduced serotonin levels before SIDS occurs. Until that happens, parents are urged to use the basic sleep guidelines suggested to help prevent these deaths. Place the baby on it’s back to sleep, avoid pillows and blankets which can be hazards, and keep the baby’s sleeping room at a comfortable level. – Summer, staff writer