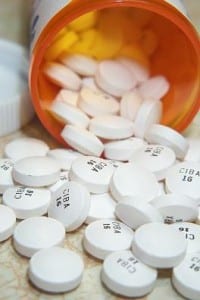 With the prevalence of ADHD in most countries today, it would make sense that researchers are concerned with the potential long-term effects of medication often used to treat the condition. One research group from Australia recently focused on the effect that the medication can have on puberty and growth on boys throughout the teen years. They say that, while the effect is something to be concerned about, it may not be something that parents need to be overly concerned about.

Lead researcher on the study, Dr. Alison Poulton from the University of Sydney spoke with AM’s Timothy McDonald on the findings of their study and clarified what that may mean for the future of teenage boys who are taking medications frequently used to treat ADHD.

Poulton told McDonald that this particular study was fueled by the results of previous studies in which teen boys on ADHD medication were found to be shorter than their non-medicated peers.

“If a child stays on medication for three years, they are about three centimeters shorter than they would have been otherwise,” Poulton said. “So the obvious question is, well, if it’s having this effect on growth, is it just slowing the growth or is it slowing physical development. So the next thing, one of the things that you can look at is what’s the effect on puberty so that’s what this study was about?”

According to Poulton, the study found that boys between the ages of 12 and 14 on ADHD medications were leaner than their same-aged non-medicated peers, but they seemed to maintain the same symptoms as their peers in regards to puberty. In contrast, boys on ADHD medications between the ages of 14 and 16 were slimmer, shorter, and seemed to be behind their non-medicated peers in regards to puberty. In other words, the older the boys were, the more effect the medication seemed to have.

What’s more, the research indicated that higher doses made for slower weight gain and height growth.

“When we looked at the growth rate, how fast they were growing in height, we found that the bigger the dose, the slower their growth rate. So that suggests that this is an effect of medication,” Poulton said.

Poulton added that, while doctors should always be careful about the dosage of a child’s medication, this study suggests that even more due diligence may be needed when considering the appropriate amount of medication. In effect, it’s a bit of a balancing act.

“The fear is that if you’ve got a significant problem that you’re treating…if a child is having a lot of trouble functioning at school or with their friends and the decision is made to treat, it is important to give a dose that’s high enough to give that child the maximum benefit,” Poulton said. “But of course, you don’t want to give more medication than they need because, of course, the higher the medication, the more the effect. So it’s really important to keep in mind what’s the benefits for that child and balance that against the disadvantages.”

Thankfully, it doesn’t seem that the effect is long-lasting. Poulton cited a study in which adult males who had been treated with medication as children ended up being a height considered normal when compared to the height of their fathers and male siblings. For this reason, she feels that the problem ends up balancing itself out at some point.

“I suppose, on the positive side, once you stop the medication, the appetite increases, they eat more and they have a catch-up growth,” Poulton said. “The best evidence we have is that it doesn’t have an effect on adult height but it probably takes them a bit longer to reach there. Other studies have suggested that men who are treated for ADHD in childhood end up a comparable height to their brothers and fathers.”