Home » Tamara and Petra Ecclestone Shop With Their Families in Malibu!

Living it up in LA! Tamara and Petra Ecclestone were spotted out with their families in Malibu, California earlier this week.

The British socialite sisters pushed their daughters through the trendy beach town in matching Step2 Whisper ride buggys.  Sophia and her cousin Lavinia were sweet in coordinating floral rompers for their outing as well! 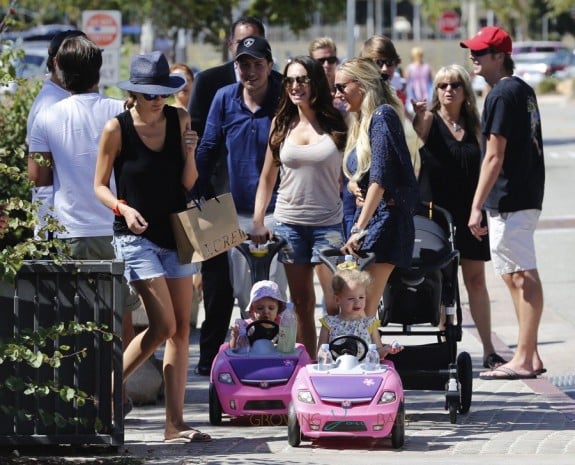 The matching didn’t stop there!

The day before the girls were spotted out for lunch in Beverly Hills pushing identical Pink Fendi Monster Print Strollers that retail for an eye watering £1,155.00. 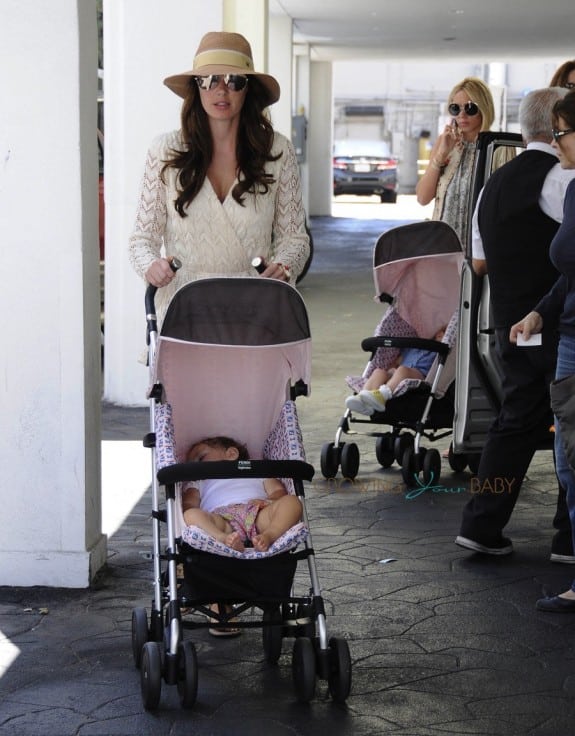 Also along for the day out was one of Petra’s sons, whose name has not been released. James, Petra’s husband pushed the baby in a bugaboo Cameleon 3 stroller and Maxi Cosi Infant seat. 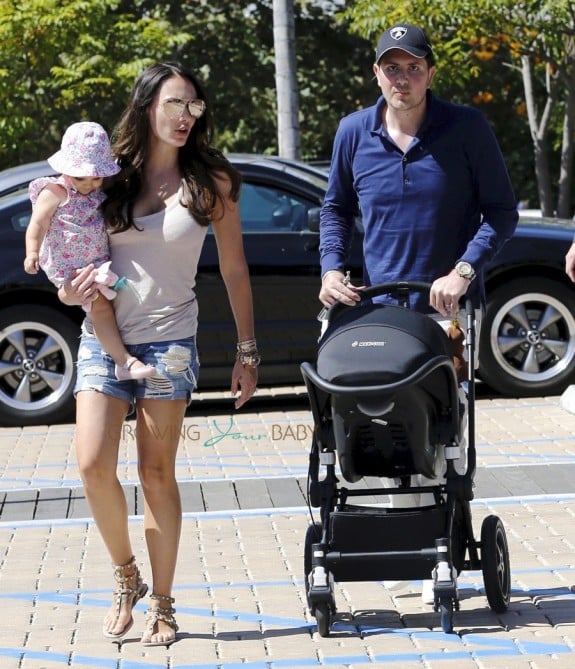 The former designer reportedly gave birth to twin boys in mid April. In July the news was confirmed when the family was photographed with them at their christening ceremony at St Peter’s Church in central London.

In 2011 Petra made news in the U.S. when she purchased Candy Spelling’s 56,500-square-foot home in Beverly Hills for $85 million.  After only living in it for a couple years she put it back on the market last year for $150 million.

Petra and Tamara are the daughters of Formula One billionaire Bernie Ecclestone and former Armani model Slavica, who are divorced.