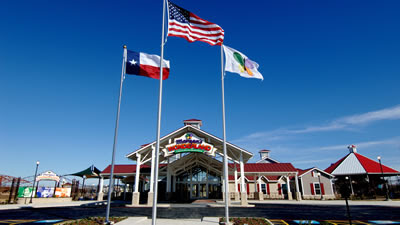 Built over 25 acres in San Antonio, Texas, by former real estate developer Gordon Hartman, the park features 25 attractions that are tailored to suit people with disabilities.

Mr. Hartman’s inspiration came from his 16-year-old daughter Morgan, who suffers from severe cognitive delay. To get things going he put $1 million of his own money towards the project and then raised an additional $29 million through sponsors to get the park up and running.

Some of the attractions include a Sensory Village, with its abundance of light, touch and sound installations, a carousel that can lift wheelchairs up and down, and off-road vehicles that are fully accessible to wheelchair users. 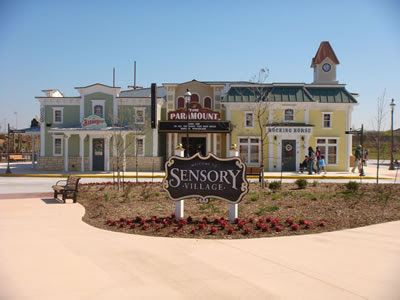 Other attractions include a music garden, water play area, pirate’s island, an amphitheater and the Wonderland Express – a steam train that runs through impressive and exotic landscapes. 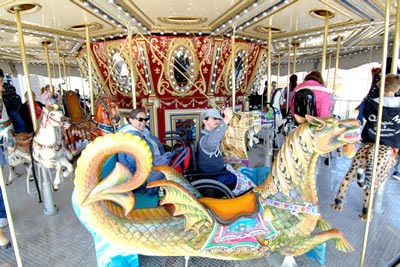 Morgan’s Wonderland also incorporates the latest in cutting-edge technology, offering guest special bracelets with microchips, so they can keep track of children who may wander off.

A radio frequency lets users check on their children from screens located all around the park.

This is an amazing advance for those with special needs – especially families living in San Antonio. I hope that the creation of this Wonderland helps show other theme parks that it is possible to accommodate those in wheelchairs. More like this needs to be done. 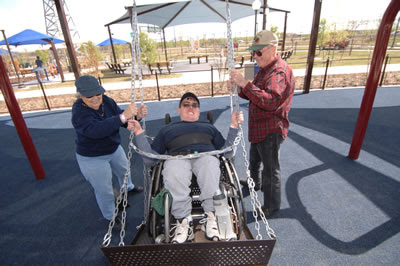 Entrance to the park is free for people with special needs, family members or carers can get in for $5 and the general public is admitted for $15 (kids under 3 are free)

To make the park more accessible VIA and Morgan’s Wonderland have collaborated to create special bus route that will drop visitors off at a fully accessible covered transit facility directly across from the Park.

More information is available to morganswonderland.com