The jungle can be a vast, often beautiful, but downright scary place. Not too many adults could likely survive 11 days out in the wilderness with no food, water, or shelter, let alone a three year-old little girl. But Karina Chikitova, being hailed as the real-life Mowgli, beat the odds after being lost for 11 days alone, in the Siberian wilderness, and was recently discharged from the hospital. 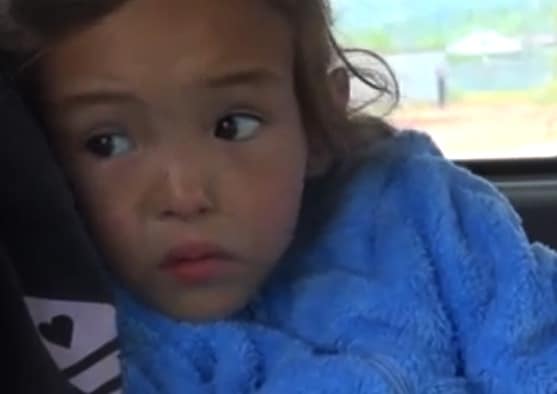 It all began on a summer day in late July, in a remote village, when Karina’s father had ventured out into the forest and the girl followed him, though at the time he was unaware of it. The girl’s mother, Talina, was out tending to the fields. She says, “Karina was being cared for by her granny. My husband left on a trip to another village and she was convinced he had taken Karina with him.” Over the course of the next several days to establish phone contact and to find out that the girl was indeed missing.

So began the 11-day exhaustive search for Karina. Out in the wilderness, the girl huddled up to Naida, the family’s dog, who kept her warm during the chilly Siberian nights. After a week, the animal arrived back in the village, which many believe was to summon help, although the animal could not remember where the girl was. Tracker dogs deployed to find the girl,  proved fruitless, as the dogs were trained in tracking humans, and not animals.

The search and rescue teams had to be heavily guarded by armed police, as the threat of coming into contact with bears loomed. One rescuer, Albert Semyonov recalls the rescue ordeal, saying, “The forest around Olom is full of bears. Close to the gunners we felt somehow calmer. However, the thought of bears immediately switched to another concern: somewhere in the forest was this helpless child.”

Finally, a glimmer of hope provided a much prayed-for breakthrough, footprints on the bank near a river where Karina had gone to drink water, and a dog’s paw-print next to hers. This evidence gave the search teams encouragement that they were in the right place. Within the next few days after the clue, the girl was located hiding in a grassy hole, within one of Russia’s coldest regions, the Sakha Republic. 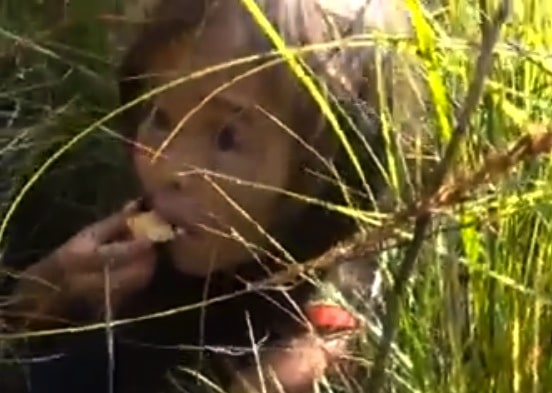 She was weak from a lack of food, and mosquito bites covered the girl’s face. She was transported to City Children’s Hospital, where she was treated by Dr. Fedora Gogoleva.

Dr. Gogoleva describes her treatment, “We did not ask her too much about what happened. She tries to forget it. We asked only how she slept, how she feels. Her appetite has improved, she gained weight and feels good. She also talked with our psychologist here.” The staff at the hospital believe that the young girl survived due to her experience and upbringing close to nature as a Yakutian village girl. Gogoleva says, “The family live far away in a remote village, not in the city, and it makes its mark. She was raised close to nature. Certainly she went with grandmother and parents to the forest, to gather berries. Perhaps this is why she was not afraid of the forest. Karina herself is a very strong girl, has a strong willed character. This probably helped her to survive.” 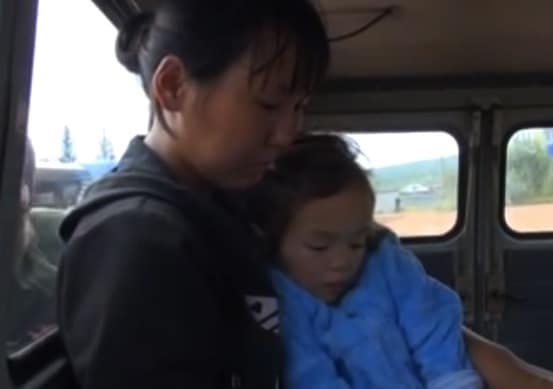 Family and medical staff at the hospital are very happy about Karina’s improvement, with Gogoleva adding, “The girl is communicative, active, her emotions are positive. She gets along well with other children, plays with them. Especially with her new friend Gena… She is quite independent, talks like an adult and we think that she is well brought up.” The girl’s occupational therapist, Lyubov Kolesova, says, “She doesn’t say and remember much about this accident. She talks about how lovely her mother is and about her home. She says what she likes, which colours and animals, All her pictures are colorful. You can see she is a talented, creative person.”

After five weeks of recuperation in the hospital, Karina is on her way home to the village of Neryuktyainsk, in the Olekminksy district, and is excited to be reunited with the canine that essentially saved her life.