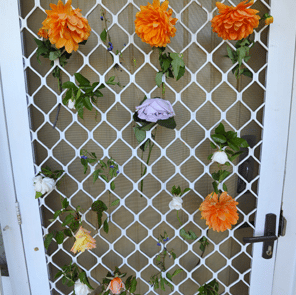 Parishioners at the Church of Christ in Australia became concerned when a 36-year-old woman who was a regular at services and events stopped showing up at functions. They called their local pastor, Pastor Ross Brinkman, and expressed their concern over her lack of attendance.

“I received a phone call from one of our parishioners alerting me that she had not turned up to events,” said Pastor Brinkman. “I went around to investigate and that’s when we made the discovery.”

The discovery was a dehydrated two-year-old girl and her deceased mother.

No one really knows how long the little girl spent in that home alone with her now deceased mother, but that it may have been up to five days.

“She was quite lethargic and pale,” said Riverina Ambulance Inspector Eamonn Purcell. “She wasn’t saying much, she wasn’t displaying much emotion.”

The little girl was severely dehydrated, but her blood sugar levels were within normal limits.

“It was not long after Easter, so she probably had some chocolate eggs that she was eating,” said Mr. Purcell. This may explain why her blood sugar levels were able to remain within normal limits, despite her severe lack of fluids.

It is not yet known if the mom’s passing was due to an epileptic seizure but police are continuing with investigations.

“We do know she was suffering from an illness and whether that has any connection with her death is unknown,” Detective Inspector Jeff Barr said.

“At this stage there is nothing to indicate there were suspicious circumstances.”

A friend, Amanda Westerway, told the DailyAdvertiser the woman was a fantastic mother and a talented painter who created many deep and thought-provoking portraits.

“She desperately loved her daughter from the time she fell pregnant,” she said.

“That little girl was the centre of her universe.”

After spending some time at the Wagga Wagga Base Hospital, the little girl was reportedly released and placed in the care of a family member. We hope that she recovers emotionally and that she receives the much needed love and support from her remaining family members and community.