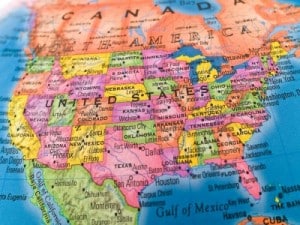 Despite the fact that America is perceived as a “world leader,” it is only the 25th best country to raise a child, according to an annual report by Save the Children – an organization that is dedicated to helping children around the world.

While most of Save the Children’s work is done in undeveloped countries, like several countries in South Africa, it also conducts a year analysis of various factors of each country to determine how “child-rearing” friendly they are. A total of 165 countries are used in the analysis and every year, the United States falls below the mark for a number of reasons.

“The report includes a “Mother Index,” which ranks 165 countries based in indicators of mother and child well-being, including education rates for girls, the number of women in politics, child and maternal mortality rates, the number of attended births, and earned income rates, and more,” says Carolyn Miles, president and CEO of Save the Children. “In spite of the United States’ status as a world leader, certain issues – high teen pregnancy rates, poverty levels, and lack of access to health care – continue to keep the country out of the index’s Top 10.”

Looking at the report, it’s hard to not feel angry about the depressing results of some of the issues in America are when compared to other developed countries, especially when it is supposed to be a country that is “wealthy, privileged and industrialized.”

“In the United States, mothers face a one in 2,100 risk of maternal death – the highest of any industrialized nation. Only three developed countries – Albania, Moldova, and the Russion Federation – perform worse than the United States on this indicator.”

Miles added that, “A woman in the U.S. is seven times as likely to die of a pregnancy-related cause in her lifetime than a woman in Italy or Ireland. When it comes to the number of children enrolled in preschools or the political status of women, the United States also places in the bottom 10 countries of the developed world.”

While the Obama administration did make it easier for poor women to receive medical care during pregnancy, United States still continues to be the only industrialized nation that does not offer some type of pad maternity leave for mothers. This pushes the U.S.’s placement on the list even lower.

Added to that is the fact that eight out of 1,000 children die in the U.S. before the age of five. “There are 40 countries that perform better than the U.S. on that indicator,” said Miles.

So which countries are listed on the Top 10? Most of them are located in Europe – Iceland, Sweden, New Zealand, Finland, Denmark, Australia, Belgium, Ireland, the Netherlands and the United Kingdom.

In these countries, breastfeeding is widely accepted (unlike in the U.S.), mothers are provided with a paid maternity leave and there is a plethora of government-backed support programs for mothers and babies. Female education is high, more women are in political positions and they have some of the most generous family leave programs in the world. The top spot went to Norway who also has the highest female-to-male earned income and the second-lowest mortality rate for children under the age of five in the entire world.

On the other end of the spectrum is the bottom 10, with the worst being the country of Niger. Other countries included in the Bottom 10 were the Democratic Republic of the Congo, South Sudan, Sudan, Chad, Eritrea, Mali, Buinea-Bissau, Yemen and Afghanistan. Most of these countries are located in South Africa. Nearly a third of all of the children in these countries are suffering from malnutrition. Here, breastfeeding isn’t a topic for debate – it’s a matter of life or death.

“In the developing world, if you don’t have clean water or if mothers don’t believe that breast milk is the only thing that kids really need for the first six months of life…kids can become very ill and die,” said Miles.

The differences between Niger and Norway are absolutely heartbreaking. While girls in Norway receive a total of 18 years of formal education, girls in Niger only receive about four years. Eighty-two percent of women in Norway use contraception to prevent unplanned pregnancy compared to only five percent of women in Niger. Death risk of infants before age five in Norway is only about one in 333, but one out of seven children in Niger die before the age of five.

“In Niger, virtually every mother will lose a child before the age of five,” said Miles.

“One of our big successes has been in the area of child survival,” Miles said. “A lot of our work is around making sure that kids make it to their 5th birthday.”

Canada ranked 19th, up one spot from last year.  Their improvement is mainly due to an increased percentage of women members of parliament and the inclusion of parental leave along with maternity leave.