Sleepless nights, dealing with the “terrible twos” and the constant work and worry that’s part of parenting might not seem like an ideal way to slow the ageing process. As rewarding as being a mom is, it can also be stressful at times. But a surprising new study suggests that there is an unexpected benefit for mothers of multiple children. Each additional child a woman has is linked to an increase in telomere length. 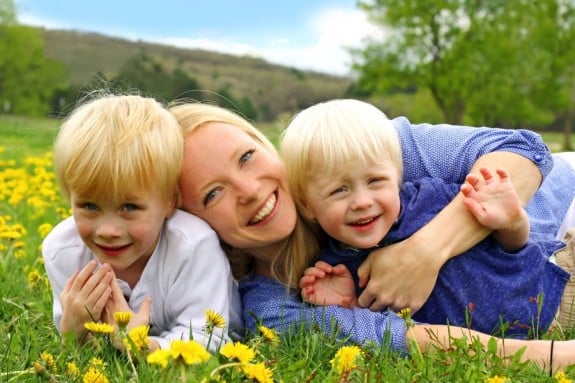 What does that mean?

Telomeres are caps at the end of each DNA strand that protects chromosomes, the thread-like structures containing our genetic information. Every time a cell replicates the telomere gets shorter until eventually they stop protecting. That leaves the chromosome vulnerable to damage, causing those cells to age or to stop effectively functioning.

Previous studies have suggested that higher reproductive behavior is associated with an acceleration of biological ageing, but this new research from a team at Simon Fraser University in Canada contradicts that theory.

In their 13-year study researchers measured women’s telomere length from saliva samples, and measured again with buccal swabs at the conclusion of the study. A group of 75 women participated in the research. The team also considered influential factors such as the subject’s age and her age at first birth, lifestyle habits, and family income.

The study found that women who had a higher number of surviving offspring over the course of 13 years had longer telomeres than those who gave birth to fewer surviving children.

In fact, each additional child was linked to 0.059 more telomere units.

Study authors speculate that this increase may be explained by the increase in the hormone estrogen during pregnancy. Estrogen functions as a potential antioxidant that protects against telomere shortening.

Social environment may also play a part. The women with more children seemed to enjoy greater social support from friends and family. This can lead to an increase in the amount of metabolic energy allocated for tissue maintenance and slow down the ageing process.

It’s an interesting new finding that deserves additional study. Last year Medical News Today had a report on research into possible ways to increase telomere length. That ability could lead to breakthrough treatments for genetic and age-related diseases.