Home » Adam Sandler Visits the Fair With His Family

It was a family day out for Adam Sandler his wife, Jackie Sandler, and their two kids, Sadie and Sunny on Monday August 4th, 2017. The family was photographed grabbing a meal together at the Trancas Country Market before heading to the 36th Annual Malibu Kiwanis Chili Cook-Off. 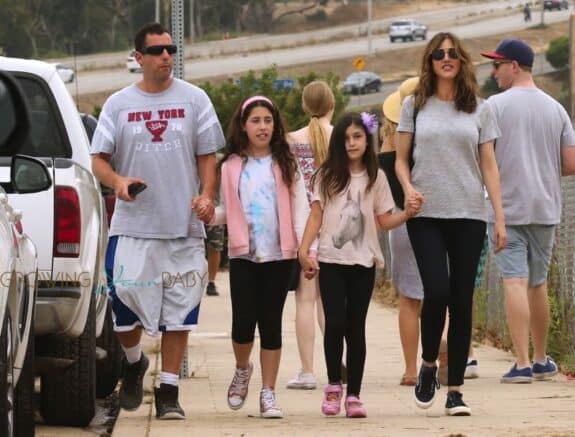 The actor and his youngest daughter took their trip to new heights on the swings. 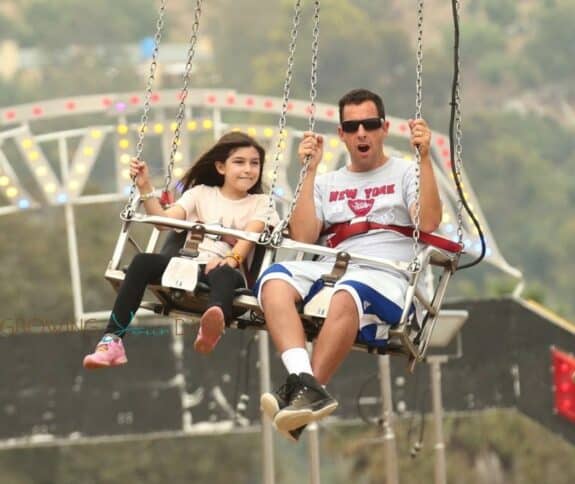 The family is fresh off a Summer on the East coast as Adam filmed the new Netflix comedy “The Week Of” with Chris Rock on Long Island.

While the actor frequented many of the area’s local establishments, he posed for photographs with excited fans.

After years of playing the goofball in many of his movies, Adam has been generating some Oscar buzz for his role in The Meyerowitz Stories.

We will all get the chance to judge his performance for ourselves when the movie premieres on Netflix and in select theaters on October 13th.