In 1992, the American Academy of Pediatrics implemented the ‘Back To Sleep’ campaign, urging new parents to place newborns on their backs to sleep, instead of on their tummies or sides. Since then, it has been a huge success, saving countless lives and dropping the rates of Sudden Infant Death Syndrome (SIDS) by more than fifty percent. However, the campaign has contributed to a new problem in infants – plagiocephaly, or flat head syndrome.

While “flat spots” on an infant’s head may seem harmless to your child, many doctors have said that if they are left untreated, they can permanently change a child’s facial features. Even though there are various therapies for treating plagiocephaly in babies, such as repositional therapy, alternating the direction of your babies head during naps and bedtime, physical therapy and increased tummy time, many parents have to consider cranial orthotic therapy, or wearing a special fitted helmet to re-shape the child’s skull, sometimes wearing it up to 23 hours a day.

These special orthotic helmets have been around for quite awhile. They have helped countless babies. However, they are plain, white helmets. Some children have had to wear them up to age five, and have sadly endured bullying because of it. One artist has set out to change that. Paula Strawn paints for a living, but she doesn’t paint on a canvas or paper, but rather she customizes helmets with beautiful and exquisite designs. 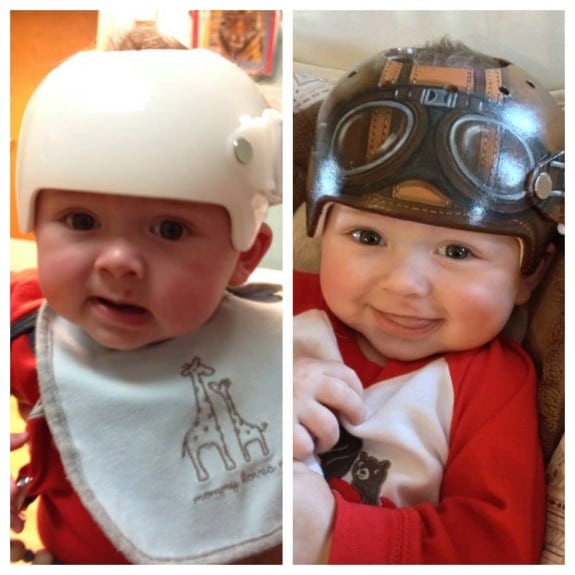 Strawn began her journey to creating these customized helmets as a favor for her friend Kathy, whose granddaughter had to wear a special corrective helmet. Strawn recalls the conversation, saying “Kathy said ‘please paint this ugly thing!’ and I did.” It wasn’t until the baby’s pediatrician saw the helmet that he urged Strawn to launch a business painting the helmets. He urged her to put business cards and fliers in his office so that other parents could purchase Strawn’s beautiful helmet creations for their babies. 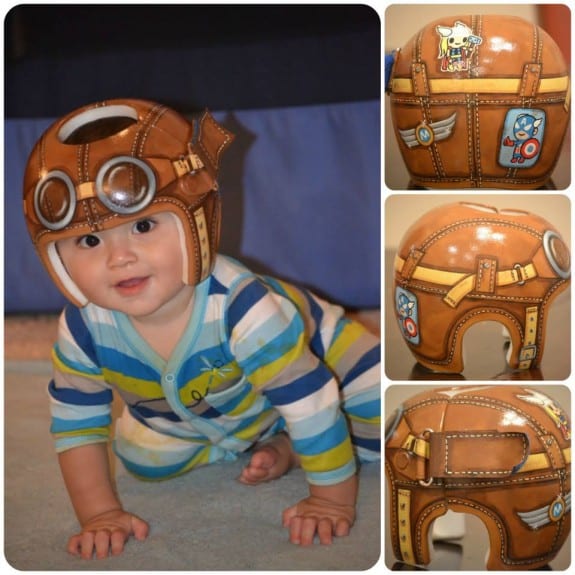 It has been twelve years since Strawn painted that very first helmet. She now runs Lazardo Art, painting helmets for babies all across the United States, based on their parent’s requests. Since then, she has lost count of how many helmets she has painted, but believes it to be somewhere around 1,300. Strawn explains that oftentimes when people spot a baby with a helmet, they get a bit uncomfortable, and avoid eye contact. But when babies where her spruced up helmets, everything changes. Strawn elaborates “Often it creates an opportunity to have a conversation and explain what the helmet is for and that it is not a scary situation.” 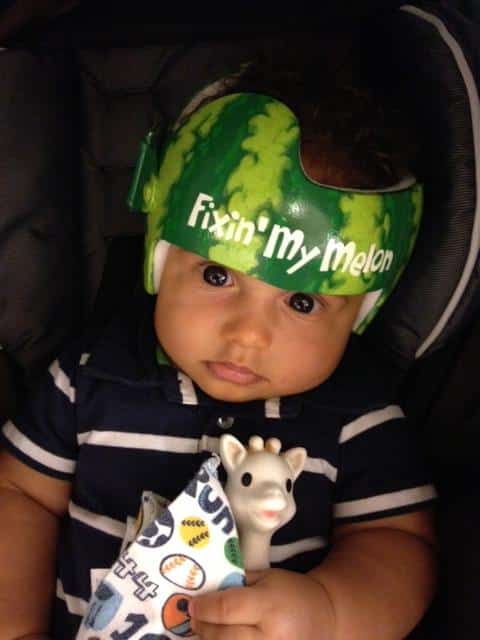 Her helmet designs range from designs with sports logos, flowers, hearts, princesses, cartoons, pirates, steampunk pilots and more. Sometimes, she will add the playful words “under construction” on them. When asked if she could choose a favorite helmet, she admits that she can’t. Sharing her love of what she does, Strawn says “I can hardly call this work, I am paid to have fun.” 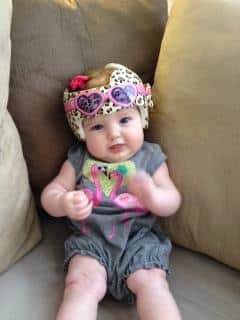