In a story that went viral earlier this year, 16-month-old Asher Nash was rejected as a client by a Buford, Georgia modeling agency.

Not taking her son’s turn-down lightly, mom Meagan Nash decided to speak out on Facebook, saying that she wanted to raise awareness about kids with special needs and that she had hopes that the clothing company OshKosh B’gosh would consider using Asher.

Meagan also told CBS News that “using people with special needs in mainstream advertising shows the world that they have value and worth, just like every other person does.”

As it turned out, OshKosh B’gosh agreed. They invited her little boy to model for this years’ holiday advertising campaign. 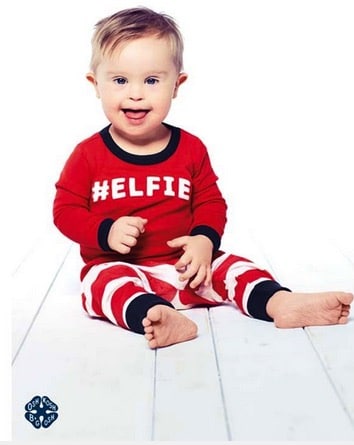 Asher has Down syndrome.

Asher’s chance to model thrilled his young mom, and dozens of people have commended the company for featuring the little boy adorably clothed in seasonal outfits. 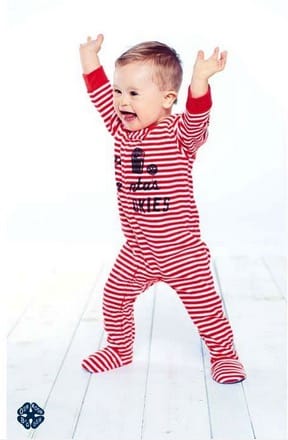 OshKosh B’gosh executives were made aware of Meagan’s social media campaign and were impressed by her efforts to raise awareness about the capabilities of children with disabilities. Customers of the brand have responded positively and are complimentary about the holiday campaign. 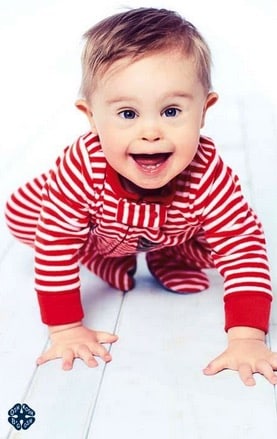 Many praised the company, expressing sentiments similar to the message one supporter sent: “I have always loved OshKosh, but I love them even more now. That little boy is so precious.”

Meagan is thrilled by Asher’s success, and now more hopeful about the future for her son and other kids like him.

She’s grateful to OshKosh for taking this big step towards changing the public perception of children with Down syndrome and other disabilities. She hopes this is not merely a trend and believes that the company deserves praise and support for recognizing that special needs children have a right to be “treated equally, fairly and with love.”

Since his modeling debut, other opportunities have emerged for Asher to work with brands including Kids II, Oball, Ingenuity, Toys R Us, Safety First, Happy Family Brand, and Num Num.

And so, a tiny star has been born. Hopefully, Asher’s success is a positive step toward universal acceptance of children who face and overcome some extra challenges.