Being separated from your child while travelling to a foreign country is every parent’s nightmare, but for one couple that was doubled when their train departed without them – with their newborn baby on board.

Newspaper 20 Minuten reports the family was traveling on an Interregio service heading for Biel/Bienne Switzerland on Tuesday. 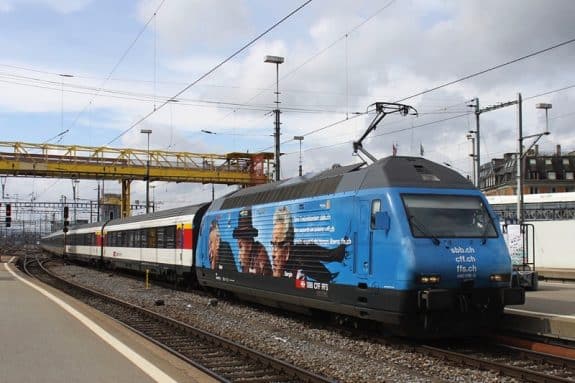 After boarding the train with their weeks-old baby in  a stroller, they realised they hadn’t validated their tickets.

Shortly after leaving the train to punch their tickets, the doors shut and the train left the station.

Notified by passengers, the train’s conductor located the unaccompanied baby and the couple was reunited with their infant at the next stop.

A spokesman for Swiss federal railways (SBB) told the paper: “It’s true that we find all sorts of curious things on trains, like army-issue guns or wheelchairs. But to my knowledge, it’s the first time that we’re found a stroller with a baby.”

The baby, however, was not affected by the disconnection and slept through the journey.