Police officials in France recently took a man and woman into custody after mechanics found a baby in the trunk of the couple’s car – a baby that is believed to have been living in that trunk since she was born about a year and a half ago. 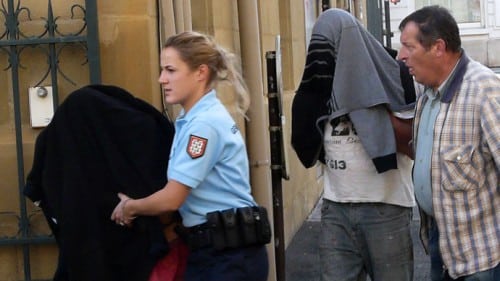 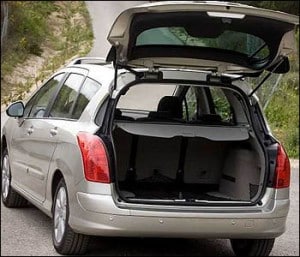 The child was first discovered after the woman brought the car in for repairs to a garage in the town of Terrasson, southwest of France, on Friday. Workers at the garage had told TF1 television that they’d been alarmed by moans and the strong scent of urine and feces coming from the trunk of her Peugeot 307.

The mother reportedly tried to appease the workers, telling them that the strange noises were being made by electronic toys that had just been switched on. But the mechanics weren’t convinced, and they ended up opening the trunk and found, lying inside a basket, a naked and dehydrated baby girl, alive but filthy and seemingly running a fever.

“I felt the baby needed air, that she was going to suffocate,” one of the mechanics told TF1.

An ambulance, which was immediately called to the scene, rushed the little girl to a nearby hospital in Brive-la-Gaillarde. Doctors there estimated that the little girl is somewhere between 15 months and two years old, but she is severely delayed.

“The infant doesn’t have the right size or weight for her age, she is psychologically delayed, and she displays a mentality and behavior that don’t conform to her age,” Jean-Pierre Laffitte, the local social prosecutor, told Le Parisien. “The baby was hidden from all points of view, apparently since birth. It’s a situation that defies imagination.”

Laffitte added, however, that it does not seem that the little girl, who is still being cared for at the hospital, has suffered from any physical violence.

Police detained both parents on Friday. A DNA test revealed that both the man (40-year-old who used to work as a mason, but is currently unemployed) and the woman (45-year-old Rose-Marie) are the child’s biological parents. Both are originally from Portuga, but were living in Brignac-la-Plaine in Correze, south-central France.

The couple could face up to 10 years in prison for cruelty to their child, but the prosecutor says that, at this time, there are too many questions in the case that need answers, and there’s just not enough information to reach a conclusion. What’s more, it would seem that the father, reportedly drunk at the time of arrest, says that he wasn’t even aware of the baby’s existence until he was taken into custody on Friday.

The couple have three other children – two boys and a girl (4-, 9-, and 10-years-old) – all of which lived inside the home, reportedly under normal conditions. French media speculate that, for some reason, the mother hid her entire pregnancy and the birth of the child from her husband, because the fourth baby’s birth was never even registered.

Neighbors of the family also seemed to be shocked by the news, saying that they had no idea that the mother was hiding a baby in the trunk of the car, which had been kept in a nearby parking lot.

“We had the impression that this woman lived in her car. She never left it,” one of the neighbors told Le Parisien, adding that she often covered the vehicle with blankets or cardboard. “But we couldn’t see what she was doing in the boot.”

Another neighbor, a pensioner, who lives opposite of the couple’s home, said the family lived an isolated life.

“We didn’t have much contact with them. [The mother] barely said hello, and they didn’t really want to integrate into the neighborhood. How could we have known?” he told Le Parisien.

The baby girl continues to be cared for at the hospital, and all of the children are now in custody of child protective services.