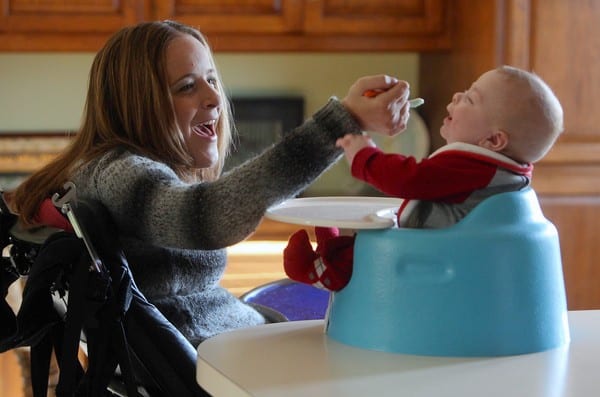 Custody disputes are hardly a new thing, yet a recent dispute between parents is being played out in the spotlight. The 31 year old mother, Kaney O’Neill, is a quadriplegic after a fall nearly a decade ago. Her disability made the pregnancy a powerful interest story for many, and is now at the heart of claims that she is unfit to parent her child.

Kaney states that her disability does not make parenting an impossible task for her. She has a full-time caretaker as well as supportive family members who live with her and help her. She also receives $91,000 annually in veterans benefits, money that has allowed her to buy special wheelchair accessible changing tables and cribs.

David Trais, the father of the infant, says that even with support and adequate income Kaney is unable to properly care for their son. He feels that he is more able to care for their young son and is now suing for full custody. He claims that her disabilities

“greatly limits her ability to care for the minor, or even wake up if the minor is distressed.”

Kaney feels David is more motivated by her decision to end their relationship than an actual concern for their son’s safety. However she plans to continue to keep him in their son’s life. He currently has evening visitation twice a week as well as one overnight visit every Friday.

This public custody dispute has raised questions about what role disabled parents can have in their children’s lives. Some feel that there is an unfair bias against disabled parents. Judges may give a child to an able-bodied parent even if the parent has a history of negative tendencies. However the Americans with Disabilities Act makes it clear that discrimination based on a persons disabilities is illegal.
SOURCE