Home » Disney Junior and DUPLO Team Up For The Magic of Play Tour!

Disney and DUPLO have teamed up to offer families a fun experience across 7 cities.   When you pair two brands that are best known for fun and imagination you know a great time is going to be had by all! 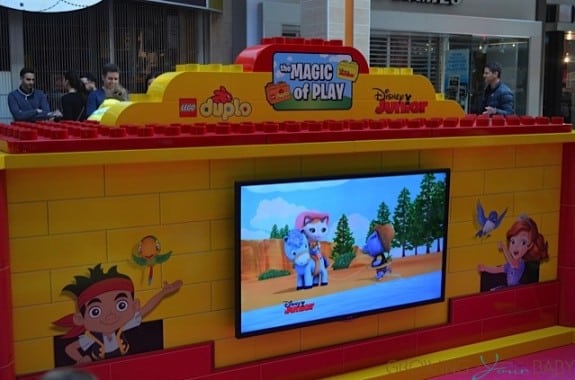 The Magic of Play Tour is making its way across Canada stopping in select cities for two days at a time.

Last Sunday morning we had the chance to preview(and play) at the Magic of Play booth in Fairview Mall, Toronto before the mall opened and it was a blast!

The booth is divided into 4 play areas with 5 building tables set up along the perimeter. 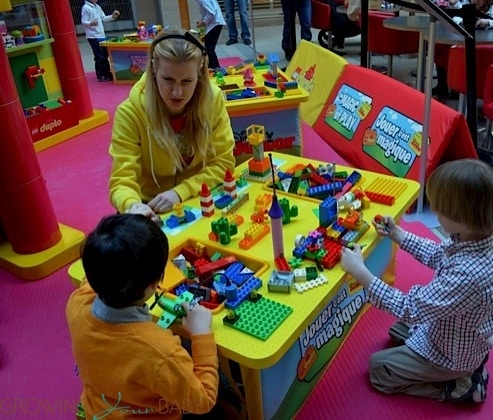 On one side Disney has a cut out of Sofia the First and also, one of Jake from Jake and the Never Land Pirates for photo ops. 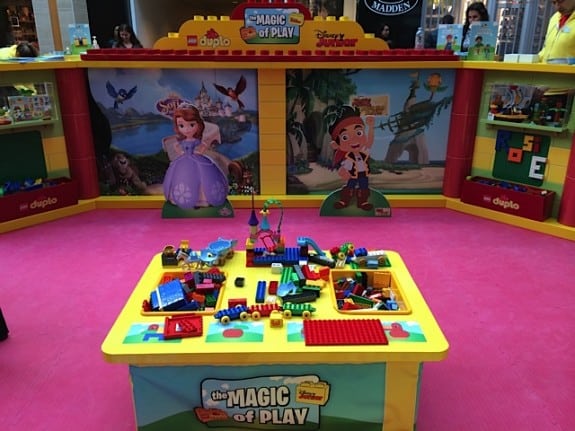 On the other a big screen that plays some of Disney Junior’s popular shows is set up with some trains for little movers. Along the walls there are also wall surfaces to allow kids to build out. 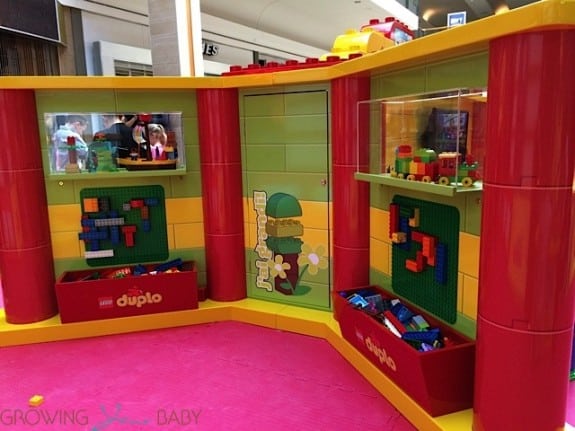 My five-year-old son loved it and played contently for almost two hours. 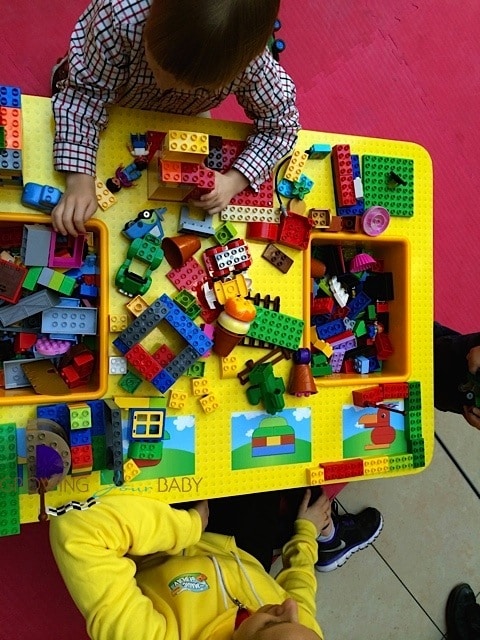 His favorite part?  The staff working the booth.  They really were so energetic and creative, while helping the kids build new and fun structures. 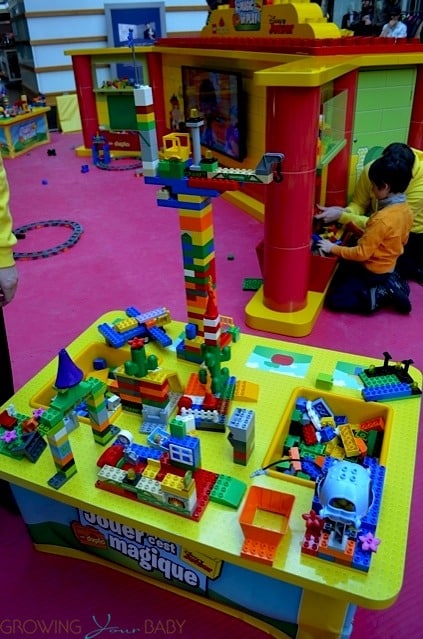 This area isn’t a ‘drop and go’ type set-up, but more a really great place to breakup a shopping trip or a good reason to visit the mall!

The Magic of Play Tour is a free indoor event stopping at 7 malls in 7 cities across Canada.  It has already visited Montreal, Quebec and Toronto, but will heading out West this weekend.

Over the next 5 weeks it will visit:

Build and discover the many ways to play with LEGO® DUPLO® bricks while you watch and enjoy your favourite Disney Junior shows! Plus, take home a special Magic of Play activity booklet! But get there early so you don’t miss out on the fun.