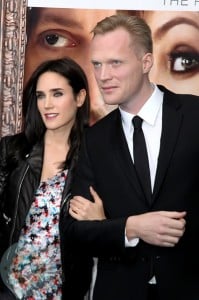 Congratulations are in order for Jennifer Connelly and her husband Paul Bettany. The couple are now the proud parents of a new arrival – a baby girl.

News of the birth was released on Wednesday, but Jennifer actually welcomed the new arrival on May 31. The baby girl, named Agnes Lark Bettany, was born at the couple’s home in New York City. The actress delivered via a water birth.

Agnes Lark is the second child for the couple, and the third for Jennifer Connelly. She has one son from a previous marriage, Kai, who is 13. The couple have a seven year old son named Stellan together.

A representative for Connelly said the following in a statement:

“Everyone is healthy and doing well. The family is very excited.”

Paul Bettany recently released Priest to theaters. He spoke about the pending arrival while out promoting the film in May!