In a statement on the foundation page for Katherine’s brother reads:

Katherine Heigl and Josh Kelley have adopted a 10 month old baby girl from Korea. Katherine and Josh have named their daughter Nancy Leigh and she will go by the nickname Naleigh. She is named after Katherine’s mother Nancy and Katherine’s sister Margaret Leigh. Katherine, Josh and Naleigh are together and doing well. 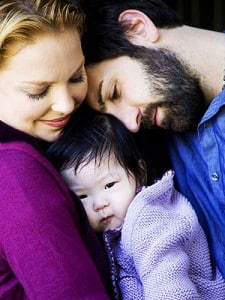 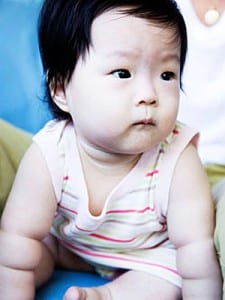 Katherine and Josh began the adoption process for little Naleigh – who was delivered on 23 November (08) – six months ago.

The Grey’s Anatomy actress revealed earlier this month to Ellen, the couple’s applications were quickly processed, because their daughter has special needs.

“She is a special needs baby and because of that it all moved so much faster. They wanted to get her to us as quickly as possible.”