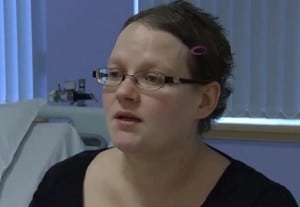 Just five months after giving birth to her third child, Heather McIntyre was rushed to the hospital in heart failure. Her life was saved by a revolutionary heart pumped featuring parts designed by NASA.

McIntyre died twice in the hospital when her heart stopped beating, known as heart failure. The doctor gently massaged her heart into working again, while implanting a tiny motorized pump that would keep her heart beating by itself. The mechanical pump was extraordinary in that many of it’s parts were designed by scientists at the American space agency NASA.

The pump is called a Ventricular Assist Device (VAD), and with it McIntyre’s chances of survival went from 0 to 5 percent. A small increase, but enough to give her a fighting chance after her near-death condition. With the motorized pump helping, McIntyre fought for her life. Slowly, her heart and other internal organ began to heal themselves from the ordeal.

“I don’t remember much of what happened at the time, but there is no doubt that the VAD saved my life as it allowed my own heart to rest and to fully recover”, she told The Scotsman.

Though McIntyre lost her leg due to poor circulation during her heart troubles, she is happy to be alive and at home with her children. 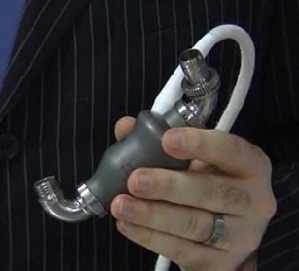 The VAD is often used as a temporary pump for patients while waiting for a heart transplant. For a lucky few, like McIntyre, the resting period gives their own hearts a chance to heal and begin functioning again. Clinical trials are looking into using the VAD as a more permanent solution for those who cannot get a heart transplant.

According to Dr Mark Petrie, a consultant cardiologist at the Golden Jubilee National Hospital, the NASA designed VAD came along when doctors were limited to using drugs and pacemakers to save heart patients. With this new technology, more people suffering from heart failure may be able to survive their ordeals. – Summer, staff writer