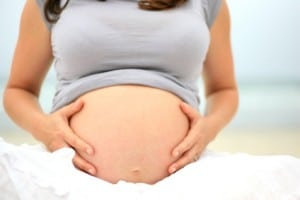 Mother Sheryl Bluestein came up with an idea were they could reveal the baby’s gender to all their friends and family all at once while celebrating the special occasion. She calls it a sex party but it is not the type of party where one would purchase bedroom gadgets, lotions, or creams. Sheryl’s sex party would involve gathering all their close friends and relative together and reveal the gender of the baby within a party setting.

Sheryl had to carefully plan every last detail of the party if it was going to be a success. She had to rely on the help of both friends and strangers if she was going to make the party she dreamed of a reality. 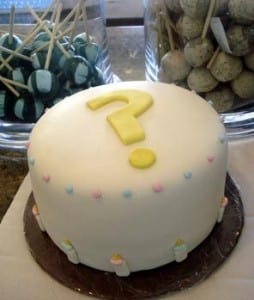 The envelope was given to Sheryl’s close friend Jamie, for safe keeping. The temptation to rip open the sealed envelope was too overwhelming and the couple didn’t want to jeopardize all the hard work and preparation that was going into planning the sex party.

Jamie delivered the envelope to The Sweet Tooth Fairy, a local bake shop who was creating the cake that would reveal the gender of the baby to the couple and the guest at their party. The bakery was then asked to open the sealed envelope and make the cake based on the gender of the child, indicated on the ultrasound inside.

The bakery created a cake that was decorated with a giant question mark concealing the gender of the child within the cake. Once the couple cut into the color of the icing inside would reveal the child’s gender, blue for a boy and pink for a girl.

Sheryl was a little on nerve with the idea that her closest friend Jamie and the staff at the bakery would know the gender of her unborn baby before she did.

The night of the party the couple greeted their guests at the door with two shoes, one a slender stiletto and the other a loafer. The guests were asked to write down their names on a piece of paper and slip the paper into the shoe that represented the gender they believed the baby to be, the loafer a boy and the stiletto a girl. Once the gender of the baby was officially revealed by cutting into the cake, a name would be pulled from the shoe representing the correct gender of the baby and the name on the piece of paper would win a prize.

The anticipation built as the party went on conversations occurred that revolved around the gender of the baby, opinions were shared, and eventually dinner was served. After dinner the main event occurred, all fifty guests gathered around the couple in their kitchen in front of a massive sheet cake, the anticipation was so thick you could have cut it with a cake knife. As the couple inserted the knife into the cake the guests leaned forward, hoping to be the first to grab a glimpse at the gender reveal. All at once, like the eruption of thunder, the whole room screamed, IT’S A GIRL. – Jeff, Staff Writer