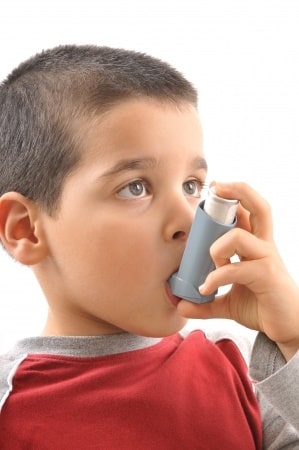 According to a new study, saliva tests may do a better job at helping doctors determine which children are exposed to secondhand smoke than parent reports. Researchers on the study say that this information may very well ensure that fewer children make repeat trips to the hospital for breathing problems.

Previous studies have shown that secondhand smoke exposure can lead to airway problems and poor asthma control in children, Kahn and his colleagues wrote. And those problems can lead to more hospital visits. The number of visits could be reduced by helping parents quit smoking, or at least understand how to cease the exposure.

Of course, there are other triggers for asthmatic children and children with breathing problems – mold, pollen, etc. This means that doctors need a way to pinpoint which families need help with smoking cessation if they are to reduce the number of children returning to the hospital for a preventable reason.

The new study, which assessed data from 619 children between ages one and 16 who were admitted to Cincinnati Children’s Hospital Medical Center for asthma or other breathing problems between August 2010 and October 2011, found that saliva tests may be the most reliable method for accomplishing this goal.

Cotinine is a component of nicotine that is a marker for tobacco exposure. Paired with the fact that it is minimally invasive and not extremely difficult to take from a child, it could prove to be more effective at determining which children are exposed to nicotine than both blood tests and parent reports.

“Sometimes parent’s response to a simple question may not reflect the nuances of life,” Dr. James Kreindler, who was not involved in the study, but is an attending pulmonologist at the Children’s Hospital of Philadelphia in Pennsylvania, told Reuters.

Kreindler says that, while the test could be quite promising, they don’t suggest that all children admitted for breathing problems should be given a saliva test for smoke exposure.

“The test they are using to determine cotinine levels is a very sophisticated test – not one that would be available to every community hospital,” he said, adding that the treatment for the child’s asthma or breathing problems wouldn’t change because of the test results.

He feels that a cost analysis should be done to ensure that the expense of testing wouldn’t override the benefits. Kahn says that such an analysis would likely come after a trial that would look at whether or not smoking cessation assistance in positive saliva tests helped to cut down the number of hospital readmissions among children (about 1 in 6 that tested positive in the study were readmitted).

For now, there is one message that parents should take away from this study:

The take-home message should always be that exposure to secondhand smoke for both adults and children is a significant health risk factor – particularly for children with asthma and respiratory disorders,” Kreindler said. “They should not be exposed to secondhand smoke under any circumstance.”