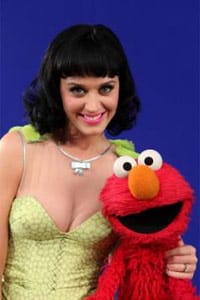 After a week of controversy Sesame Street has pulled the scheduled duet between popstar Kay Perry and the show’s furry star – Elmo on Monday’s Season Premiere.

In anticipation of their 41st season Sesame Street released teaser clips featuring stars like Jude Law, Will.i.am, Colin Farrell, and Run-DMC’s Reverend Run. One of the shorts, however, got a lot more attention than the rest: a two-and-a-half minute video of pop star Katy Perry singing a reworked version of her 2008 hit “Hot N Cold” with Elmo. Parents who saw the clip thought Katy’s outfit wasn’t appropriate for a show geared toward children ages one to six and voiced their opinions through comments on Youtube and letters to producers.

Sesame Workshop, the company that produces the show, responded to the controversy this morning by announcing that producers have decided to pull the song from the broadcast version of the program. The clip will remain online at KatyPerry.com, however, so the singer’s more mature fans can watch it.

In a statement the company said,

“‘Sesame Street’ has always been written on two levels, for the child and adult. We use parodies and celebrity segments to interest adults in the show because we know that a child learns best when co-viewing with a parent or caregiver. We also value our viewers’ opinions and particularly those of parents. In light of the feedback we’ve received on the Katy Perry music video, which was released on YouTube only, we have decided we will not air the segment on the television broadcast of ‘Sesame Street,’ which is aimed at preschoolers.”

The song, which was used is a children friendly version of Hot n Cold. In the video Katy appears in a busty yellow dress that does, in my opinion, show more than it should for a kids show.

Here is the video: