Home » Sleep Researchers Warn Against Use of Melatonin for Children

Though melatonin is a hormone naturally produced in the body when it starts to get dark, sleep researchers from the University of Adelaide are warning both doctors and parents not to provide or prescribe the drug to help children with sleep problems because it can have serious side effects for children as they get older. 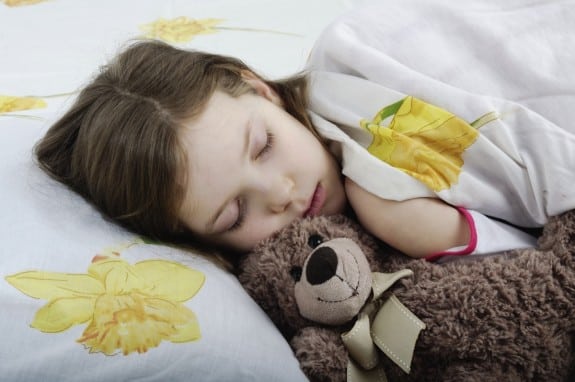 “The use of melatonin as a drug for the treatment of sleep disorders for children is increasing and this is rather alarming,” Professor David Kennaway, Head of the Circadian Physiology Laboratory at the University of Adelaide’s Robinson Research Institute, told medical News Today. Even more alarming is that the United States is the only country in which the drug is completely unregulated. “It’s considered to be a ‘dietary supplement,’ not a regulated drug, and therefore readily available.”
But this can have severe consequences, according to Professor Kennaway. He says that there is extensive evidence from animal studies that suggest melatonin has the capability to cause changes in multiple physiological systems, including cardiovascular, immune, metabolic systems, and reproduction.

“The word ‘safe’ is used very freely and loosely with this drug, but there have been no rigorous, long-term safety studies of the use of melatonin to treat sleep disorders in children and adolescents,” Kennaway said. “There is also the potential for melatonin to interact with other drugs commonly prescribed for children, but it’s difficult to know without clinical trials assessing its safety.”

Kennaway, who has been researching melatonin for the past 40 years and recently published a paper in the Journal of Pediatrics and Child Health, added that there is some information on melatonin that might shock most parents.

“Melatonin is also a registered veterinary drug which is used for changing the seasonal patterns of sheep and goats, so they are more productive for industry. If doctors told parents that information before prescribing the drug to their children, I’m sure most would think twice about giving it to their child,” Kennaway said.

Unfortunately, he’s found that his concerns over the drug have gone largely ignored, not just in the United States, but throughout the world. And yet he still continues to voice his concerns, telling parents and physicians that the use of melatonin in children just simply isn’t worth the risk.

“Considering the small advances melatonin provides to the timing of sleep, and considering what we know about how melatonin works in the body, it is not worth the risk to the child and adolescent safety,” he said.