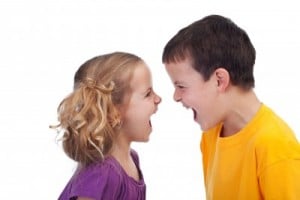 Most parents with more than one child know one fact of life: sibling rivalry happens. It happens so often that it is the number one complaint and concern of parents. Yet despite this well-known fact, most parents want their children to get along. A new prevention program, designed and studied by Penn State researchers, helped parents achieve that goal, which, in turn, resulted in many benefits for the entire family unit.

“Negative sibling relationships are strongly linked to aggressive, anti-social and delinquent behaviors, including substance use,” Mark Feinberg, research professor in the Prevention Research Center for the Promotion of Human Development told Medical News Today. “On the other hand, positive sibling relationships are lined to all kinds of positive adjustment, including improved peer and romantic relationship quality, academic adjustment and success, and positive well-being and mental health. With this program, we wanted to help siblings learn how to manage their conflicts and feel more like a team as a way to improve their well-being and avoid engaging in troublesome behaviors over time.”

For their study, researchers recruited a total of 174 families living in both rural and urban areas. All of the families had one child in the fifth grade and a second child in the second, third or fourth grade. To collect data about the families, questionnaires were given to parents, each of the siblings were interviewed privately, videotapes of family interactions were taken and siblings were video recorded while planning a party together.

Families were then divided into two groups – those that would simply read a popular book on parenting siblings and those that would read the book and attend an intervention group. Those enrolled in the intervention group would attend the SIBlings Are Special program – a program designed by Feinberg; Susan McHale, director of the Social Science Research Institute at Penn State and professor of human development; and their colleagues.

The program included a series of 12 afterschool sessions in which the siblings would participate in games, role-playing activities and art activities. Siblings also participated in small group discussions after school that focused on conflict resolution and positive communication. Parents attended three “family fun nights” during the course of the program. This is where children were given the opportunity to share what they had learned during the afterschool sessions.

“We found that the siblings who were exposed to the program showed more self-control and social confidence; performed better in school, according to their teachers; and showed fewer internalizing problems, such as depressive symptoms, than the siblings in the control group,” Feinberg said.

“The program helped parents use more appropriate strategies for parenting their kids,” he said. “In addition, intervention mothers reported significantly fewer depressive symptoms after the program than control mothers, perhaps because their kids were doing better and they were less worried about them. No effects of the program were seen for fathers regarding depression.”

Published in his month’s Journal of Adolescent Health, the study on this program may give hope to parents all over the world because, while the study is now over, parents can still help improve the way their children interact. Feinberg offers some tips.

“We think that by encouraging siblings to feel like they’re part of a team, and by giving them tools to discuss and resolve issues, parents can help their kids develop more positive relationships with each other, which can benefit everyone in the family. So for example, if the kids are fighting over what television channel to watch or whose turn it is, we might suggest that a parent not resolve the issue for them, but instead give them just enough help so that they can calmly discuss and resolve the problem on their own. When siblings come up with their own solutions, they may be more likely to use those solutions again in the future.”