Home » The Celebrity Mom Post Baby Body: Is It Discouraging For Regular Moms? 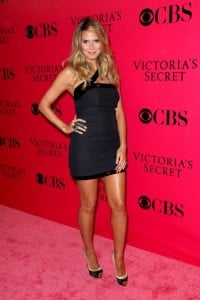 When a new celebrity has a baby, one of the first things we see are the stunning photos of her in her post-pregnancy body. Could these images of super-slim women be pushing normal mothers to lose weight quickly and dangerously?

According to a survey by the Royal College of Midwives, nearly two-thirds of new mothers felt coerced into losing their pregnancy weight as quickly as possible. For many, crash diets were used to try to force themselves into the mold that celebrity moms seems to embody. However, these diets are often risky and dangerous, and seldom work for long-term weight loss.

The survey asked over 6,200 new mothers questions on weight loss and their bodies after pregnancy. For many, they felt that they received very little information about how to eat healthy after they had given birth. The majority answered that what advice they were given was poor at best. Often, the new mothers felt more compelled to try to mimic the amazing weight loss shown by celebrity mothers rather than eating healthy and waiting for the weight to drop.

Many celebrity mothers are shown in perfect bodies only a few weeks after giving birth. Sometimes these images are airbrushed and what isn’t shown is the team behind them that makes them look so beautiful. Unfortunately, the constant barrage of these images can make many new mothers feel that these images are what they should attain themselves.

Janet Fyle, a midwife and policy adviser at the RCM, said: ‘Crash dieting has health consequences.

‘Women are going to feel very tired, they are not going to be able to look after their baby and they won’t be able to properly recover from pregnancy. They should eat normally for the first six months.

‘The emphasis is on a healthy diet. They will also find they lose weight naturally through breast feeding.’

Sally Russell, a co-founder of Netmums.com, says that women want a chance to discuss healthy eating and weight loss after pregnancy. Currently, few of them have the chance to get enough information from their care providers. Making the time to talk about what is normal weight loss after pregnancy could help uncertain new mothers not feel that they have to live up to the images that celebrity mothers have. – Summer, staff writer