For the 4th time in 13 years, the New England Patriots won the Superbowl, and took home the Vince Lombardi Trophy. A great game, down to the last interception Tom Brady’s family were among the first people to congratulate him after the huge win on Sunday night. 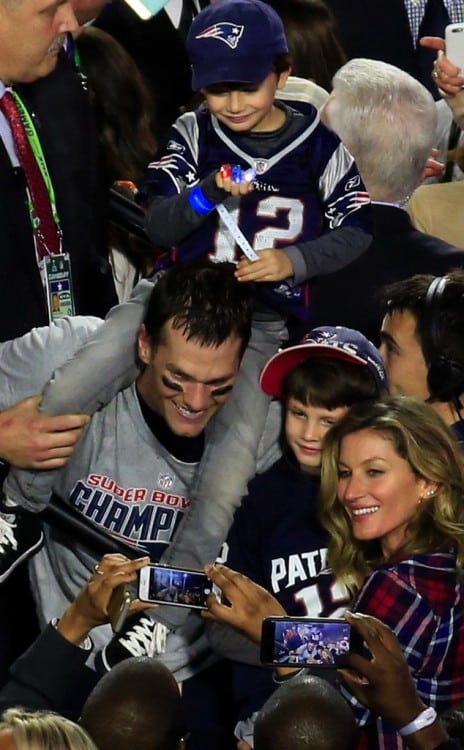 Watching the game from a private box Tom’s boys John, and Ben were outfitted from head to toe in Pats gear – supporting their dad in one of the biggest games of his career to date. 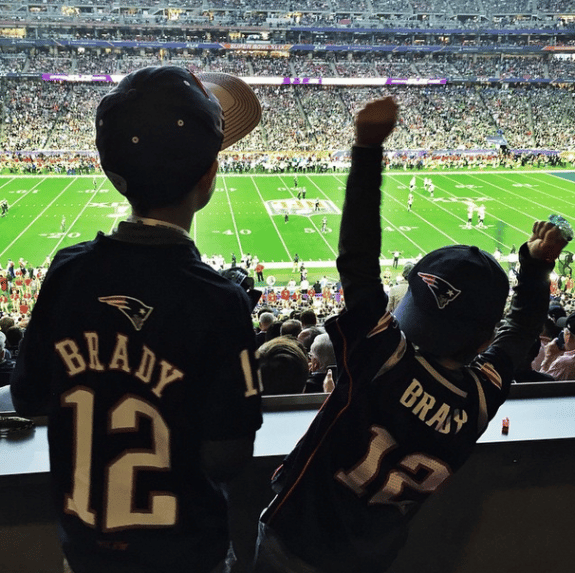 During pre-game interviews Tom told the media that his whole family wasn’t completely in to Football. “I’ve got one [son] that loves sports and another one that doesn’t love sports very much … it’s a mixed group in my family right now,” Brady said. “But they’ll love the excitement of the game, it’s such a unique experience.”

After his team’s win, the Patriot’s Quarterback hoisted his youngest son Ben up on his shoulders as he celebrated the win with his team and family on the field.

Gisele was later spotted piggy backing Ben around the field while Tom did post game interviews. 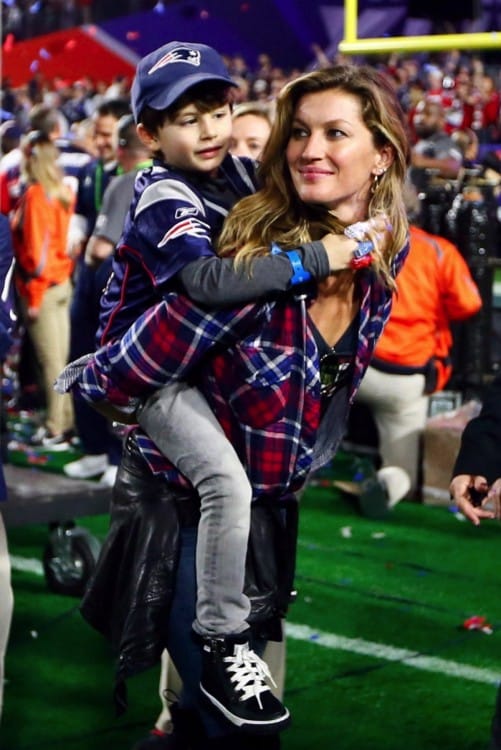 Not photographed on the field was the couple’s daughter Vivian. She is just two so the scene may have been too chaotic for her.

It will, however, be a game she will hear about for years to come!