Thank goodness for glass barriers! A video that was taken over the weekend shows a massive, male lion charging at a little boy who sits on the other side of the enclosure.

The boy who was reportedly visiting the zoo with his family, was checking out the 180kg feline when he turned around to ask his mom or dad a question. 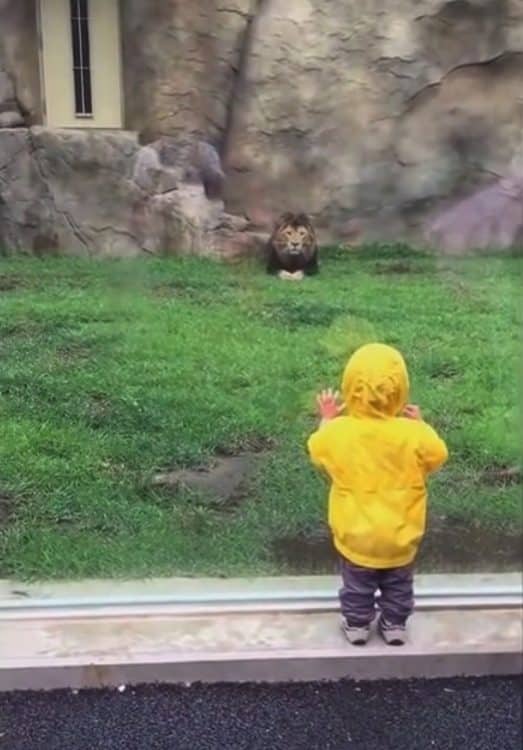 It was then that the lion charged across the lawn in an attempt to pounce on the boy. His plan, however, was thwarted by the thick panel of glass that divided the animal from his observers.

It wasn’t until the little boy heard the crash that he looked back to see the lion pawing at the glass to get to him. 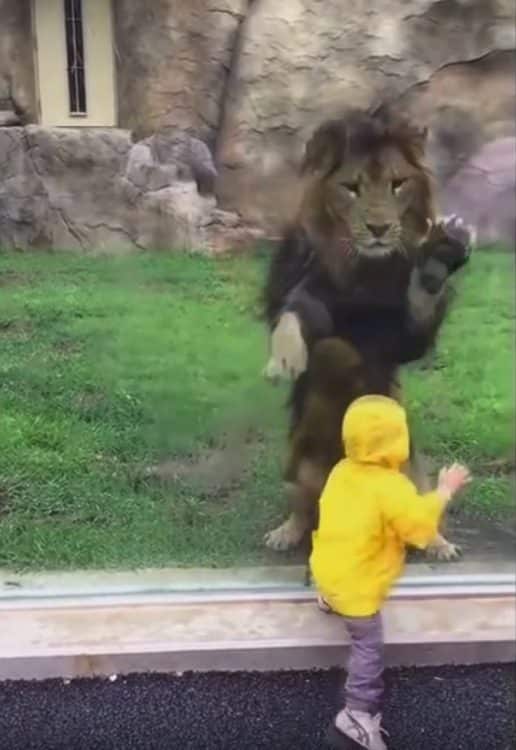 While many online have debated the Lion’s intentions, zookeepers at the Chiba Zoological Park in Tokyo say that the lion meant no harm and only wanted to play with the toddler. 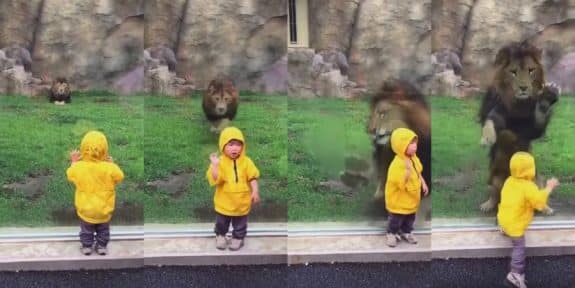 We’re pretty sure that play time would have turned into meal time had the glass not have been between them!

Adam Roberts, a lion expert and chief executive of Born Free USA agrees with us. He told The Dodo: ‘Lions are natural wild predators and the child in this video, especially when turning his back to the massive feline, becomes prey in the animal’s eyes.’

Check out the video below!