Kremlin’s children’s tsar, Pavel Astakhov, has called for a total ban on all adoptions of Russian children by American parents after an American woman abandoned 15-month-old twins on a street in Russia. The temperatures were below freezing and authorities are now searching for the adoptive mother. 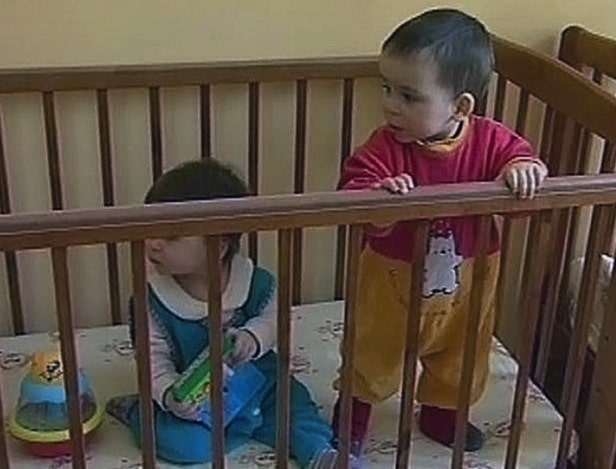 The woman, who has not been named, claimed to be a single parent six months ago, at the time of the adoption. According to adoption authorities, the woman made a “positive impression,” but after it was discovered that the woman had lied during the interview, authorities started investigating her case.

Her lies surrounded her claim to be unmarried. Authorities had discovered that the woman was married to an American man whom was never interviewed during the adoption process to determine if he would be a suitable father figure. Authorities then asked the woman to provide information about the man, but instead of complying with the adoption agency, she did the unthinkable.

“She decided to abandon the twins, “stated the city’s children’s ombudsman, Svetlana Agapitova. Moreover, she opted not to do this in person. An unidentified man brought them in a pram and left quickly.”

The tots, Sasha and Masha, were then found on the institution’s stairs by custodial staff with a message that stated that she was “giving them up.”

Currently, the twins are in a children’s hospital receiving medical care. They are awaiting a new home in Russia and Astakhov has personally dedicated himself to finding that home.

As cruel and heartless as this woman’s acts may seem, she is not the first adoptive parent to abandon a Russian child (nor adopted children in general). Back in 2010, a Tennessee woman, Torry Hansen, sent a seven-year-old boy she had adopted back to Russia on an airplane alone with a message that said, “I no longer wish to parent this child.” She claimed that the little boy, Arten Savelieve, was ‘mentally unstable’ and that his problems were hidden from her by Russian adoption officials.

Russian media has also covered cases in which Russian children, adopted by Americans, have been abused, neglected and mistreated. All of these issues have led Russian adoption officials to feel that Americans may not make suitable parents for Russian children. At least, not until an agreement on how to handle American-Russian adoptions can be reached.

“Unfortunately, the U.S. is currently unable to protect children adopted in Russia,” stated Astakhov. “it is contempt for Russian legislation, and the rights of our children. Two children were adopted by an absolutely immoral person.”

Until that agreement can be reached, Astakhov has called for a suspension of all American-Russian adoptions.

Few people realize just how strenuous adoptions can be; not just the process of the adoption itself, but healing the trauma of separation, abandonment and pain that many children awaiting adoption suffer from. Most couples envision that the child will be grateful and that they will fall in love with their new parents quickly. Unfortunately, this is rarely the case. A lot of work must be done for most adopted children before they can heal, attach and love you back. Before you adopt, make sure you understand what may be entailed. The last thing an adopted child needs is a family that isn’t ready to love them.