Christmas vacation time!  Anna Paquin & Stephen Moyer were photographed jetting out of LAX with their twins Poppy & Charlie over the weekend. 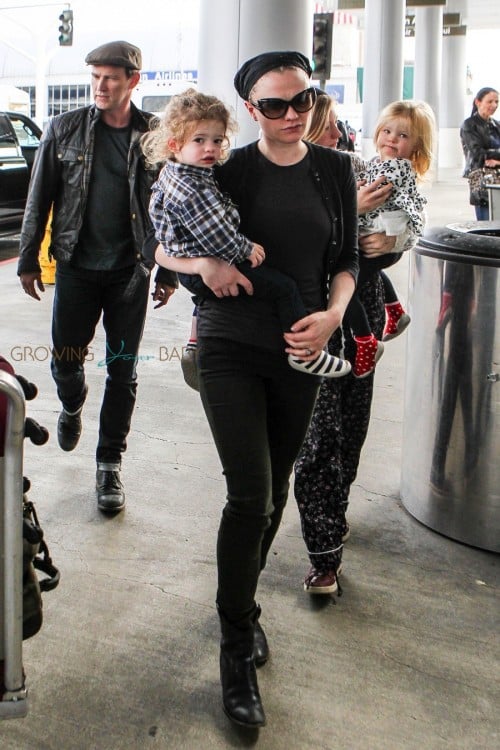 As they entered the terminal Anna carried Charlie, while Stephen’s daughter Lilac carried Poppy.  Before they checked in Stephen toted his little lady, who was cute in a cheetah print dress, leggings and red polka-dotted socks! 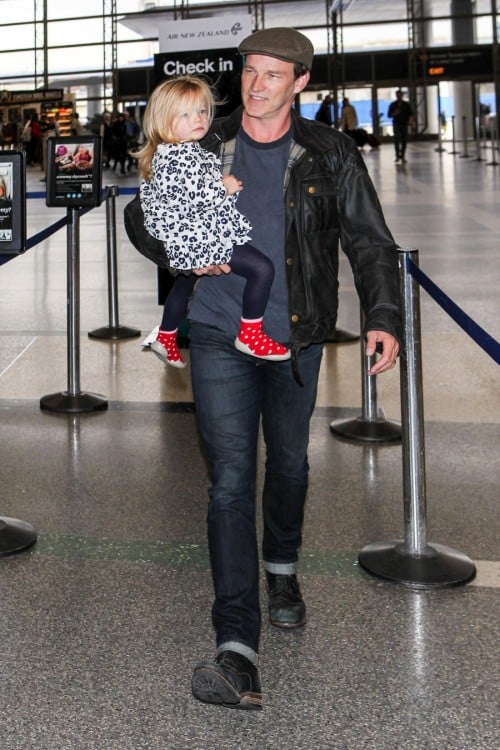 Since wrapping production on True Blood Anna has been focused on being a mom.  Steven has worked on two projects and just finished filming Untitled NFL Concussion Drama on the 17th of December so he now has time off over the holidays to relax with his wife and kids.