Home » Baby Girl with Half a Heart Fights for Her Life 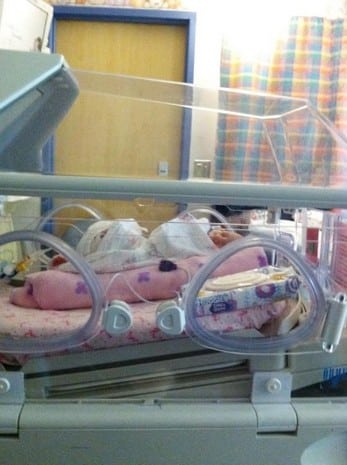 Five month old Brooklyn-Bree Barbour is fighting hard for her life. The beautiful baby girl was born with a heart defect which caused only half of her heart to grow and is now waiting for a life saving procedure that can sure her.

Theo, 22 and Celina Barbour, 23 of Murfreesboro, had gone for a routine ultrasound when they found out that they were expecting a baby girl and that there was a problem with her heart.

“I found out on my husband’s birthday she was a girl, and something was wrong with her heart. They actually told us then that she probably wasn’t going to make it.”

Though baby Brooklyn-Bree did make it into the world, she was born with a rare heart defect called hypoplastic left-heart syndrome and ventricular spetal defect, a defect in the wall dividing the left and right chambers of the heart.

“She has a narrowing of her aorta (the main trunk of the arterial system that conveys blood from the left side of the heart to the rest of the body except the lungs) and they put a band around her pulmonary artery that pushes blood into the lungs,” Theo explained.

The surgery was performed on the infant at Monroe Carrell Children’s Hospital at Vanderbilt in Nashville. After the procedure though, the doctors had to open her heart again to repair something that had gone wrong.

Baby Brooklyn’s grandma Diane Gammon says that this was the hardest part for her daughter and her husband. But after spending a month in the hospital recovering the baby girl came back home and her health showed improvement. 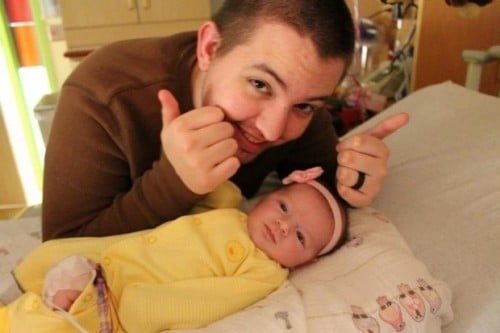 Recently, however, an ultrasound detected that her left side of the heart still has not grown. The Nashville hospital referred the family to a Boston hospital where they hope baby Brooklyn’s heart will be finally repaired.

“She’s just the sweetest thing in the entire world. She’s just so precious. I talk to her on the phone and we Skyped,” says Gammon about the five month old who is fighting for her life so hard.

The Barbours are staying in a Boston hotel waiting for surgeons to perform procedure on their daughter’s heart at the Boston’s Children hospital. 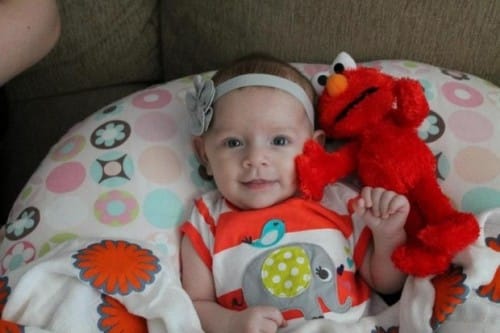 “When I found that out, there was no other option. We were going to Boston.”

Celina is hopeful that her daughter would be well again as the hospital is known to specialise in the procedure.

“Here in Boston, they do the surgery and they can actually replace the mitro valve,” she says.

As the family awaits surgery Theo, a Navy reservist is also looking for a job as the hospital bill might amount to $250,000 or more. Celina also explains that they are unable to stay at the Ronald McDonald house as this Boston facility is only provided for families of cancer patients.

“They have patient family housing, but they are usually booked up,” she adds.

Even though they are without a job, have pending hotel bills and hospital bills, their only focus is their child.

“Mama Bear wants to take care of my babies going through this,” says grandma Gammon, chuckling. “But I can’t be there with them. I can’t afford it. That’s my fear, they don’t have any support up there. They are in their early 20s and they need support.”

We pray that the surgeons at Boston Children’s Hospital are able to help this little fighter.