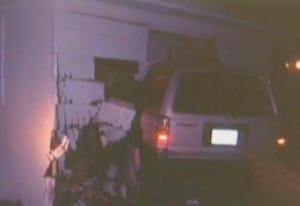 A higher force was definitely at work this morning watching over a 10-month-old Kentucky baby as she slept when an SUV crashed into the baby’s bedroom, ending up on top of her crib.

“All of a sudden, the house just shook.  Then we hear, ‘bang’ and glass going everywhere.” He says when he ran to see what happened he feared the worst. “We didn’t see our baby. We didn’t hear… all I seen was the crib and the vehicle actually on top of the crib.” 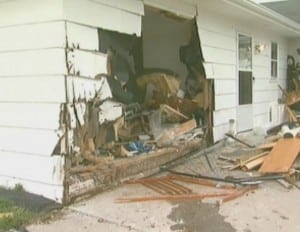 Not knowing what he would find, Ken began sifting through the debris, and was thankful to find his daughter Ayliana alive and waiting to be rescued.

Just under the front bumper, in a small crevice, Ayliana sat with only a scratch on her head.

“It was like she had a force field around her. I don’t know with all that damage, I do not understand how she was not seriously injured,” Kenneth said.

Madison County Sheriff’s deputies say the driver of the car, who was extremely apologetic, was heading to work when he lost control crashing into the Enright’s home.

Authorities believe the accident was just that and there was no concern over alcohol or drugs.


As a precaution Ayliana was taken to the hospital and checked by doctors, but she suffered nothing more than a scratch on her head. 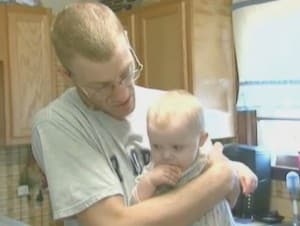 Unfortunately for the Enrights, the thankfulness was short lived.  They may lose their home completely, if the building inspector deems it unsafe.

“Now they’re telling us we might have to relocate and we don’t have the money for it,” said Kenneth.

The family of 5 survives mostly on unemployment and food stamps, and they are now hoping for another miracle.

“It’s not very often you can find a four bedroom house as cheap as we found this one,” he said.

Anyone looking to help can contact newsroom at news@lex18.com for details.