Many parents will remember the “Back To Sleep” campaign in the early 1990’s.  Launched to reduce the risk of Sudden Infant Death Syndrome (SIDS), the number of babies dying from SIDS was dramatically reduced after the campaign began. However, a recent study shows that the decline of these deaths has plateaued in the recent years. But researchers were also quick to point out several different factors besides their sleeping environment that has played a role in the decrease. 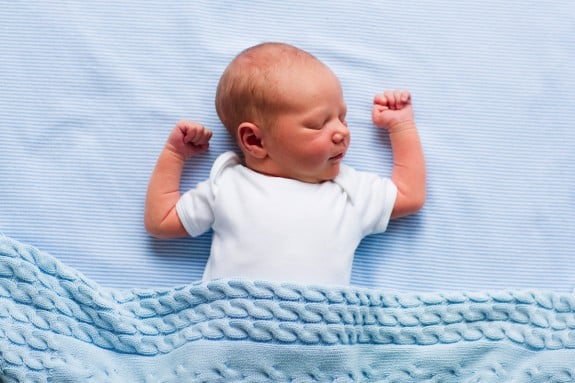 The study, published in the journal Pediatrics, between 1983 and 2012, the number of deaths that were attributed to SIDS decreased 71 percent. But, SIDS still is the leading cause of death among infants between month old and one year old. In 2010 alone, more than 2,000 infants died from SIDS.

Study author Dr. Richard Goldstein, a pediatrician in the Pediatric Advanced Care Team at Boston Children’s Hospital and Dana-Farber Cancer Institute says, “It is true without any qualification that it is safest for babies to sleep on their backs. This study and others have shown it.” Other authors of the study believe that the drop in SIDS deaths may not be as large as it appears. Neonatologist Dr. Cristina Miller at Children’s Hospitals and Clinics of Minnesota said, “We’ve probably reduced it around 30 t0 40 percent by Back-To-Sleep and changes in environmental factors.”

One reason that we are seeing this shift is that over the past ten years, medical examiners and investigators have changed how they classify infant deaths. Certain deaths that would have been classified as SIDS in the past are now being classified as “cause unknown” or “accidental suffocation or strangulation in bed.” Miller said, “When we’ve seen the SIDS go down, we’ve seen infant deaths from asphyxiation, loose bedding and things like that go up.” The recoding of these deaths may in part explain the plateau of SIDS numbers.

However, the overall rate of sudden unexpected infant death has been decreasing over the past thirty years. But the category is broad, including SIDS, as well as other causes of death such as infection or suffocation. Goldstein says, “The decline in SIDS deaths follows decreases in infant deaths from known causes. This suggests that broad trends in the health of pregnant women and babies influence infant mortality across the board.”

According to Miller, when it comes to SIDS, infants face what she calls a “triple threat,” being most at risk between the first 1 and 4 months, this, along with other environmental factors increases the risk during the early months of the child’s life. Another large drop in infant deaths “has to do with big initiatives in maternal smoking,” says Miller. “Maternal smoking has decreased dramatically since the ’70s.” Researchers said that smoking by pregnant women decreased from 16 percent from 1987 to 10 percent in 2011. That, coupled with improved steroid medications for treating infants with respiratory distress syndrome – which is often seen in premature babies, has also decreased the number of deaths.

Miller says the second part of the “triple threat” is environmental factors. She says, “Although environmental factors for SIDS are very important – and it’s really important that we continue to educate families and parents about those risk factors – it’s not the whole story.” The third part is the biology of SIDS. Miller says that “Some babies are just more at risk for some intrinsic reason. Now that we’ve worked on that external, environmental piece, we’ve still got work to do in that intrinsic piece.”