The childhood obesity epidemic is sweeping across the U.S. But it is also becoming a problem in the United Kingdom as well. Typically the best way to help children who are affected by obesity is to make sure that they are getting proper nutrition; eating their fruits and vegetables, and eating a balanced meal every day. It is often the overeating of junk foods like fried foods, chips, candy, soda and cookies that contribute to the epidemic. But one British doctor is calling on the National Health Service in the United Kingdom to prescribe a surprising new diet for children, which includes eating cookies. 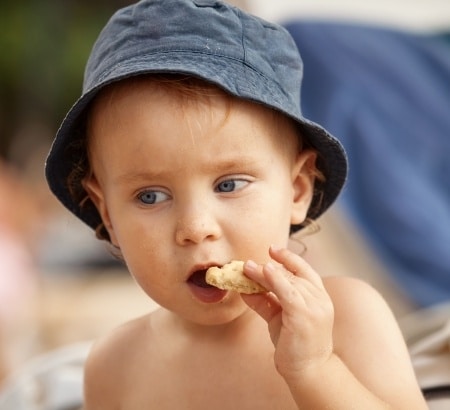 Yes, this new diet consists of giving children cookies. Dr. Sarah Brewer is pushing the NHS to prescribe a rather controversial U.S. Diet which is comprised of eating cookies, alongside fruits and vegetables for dinner, in order to tackle the obesity epidemic. According to the diet, children should eat 9 cookies daily, spread across the entire day, as well as a 500 to 700 calorie meal in the evening, so long as they are getting their daily quota of five vegetables and fruits.

Believing that such radical measures are necessary to tackle the alarming problem of childhood obesity in Britain, says,

“The size of U.K.’s childhood obesity crisis is staggering, and it is time for decisive action. Many different approaches have been tried, but so far have failed to make an impact. It’s time we tried a new approach and while extreme diets should be a last resort for our children, too many British kids are already facing up to a life of medical problems and misery. If we can’t recreate the old days of healthy eating and children playing in the great outdoors more often, we have to take a 21st century approach to a 21st century problem. Let’s swap the unhealthy snacks kids are currently eating for a healthier version that helps them feel full yet comes in the reassuringly familiar shape of a cookie.”

The cookie diet was originally developed in the United States by Dr. Sanford Siegal, in order to help combat the obesity epidemic in a brand new way. The biscuits that Dr. Siegal recommend are made with a blend of amino acids derived from egg white, milk, oatmeal, rice and other grains that will satiate hunger. Made using rapeseed oil, the cookies also provides essential fatty acids and healthy mono-unsaturated fat. His new approach to dieting has taken off and has since become popular as a new-age diet throughout Hollywood, even reaching as far as Australia. According to the company that produces the cookies, they say “The cookie diet’s high protein, low sugar cookies are designed to fill you up without taking away your ability to enjoy the kind of snack food we all love tucking into.”

Some parents have even turned to extreme measures to help their children lose weight, such as gastric band surgery on children as young as 15 years-old. But Dr. Brewer believes that every avenue should be explored before putting a child onto the operating table, adding,

“Rather than putting children on the operating table, we should explore other weight loss options that have been shown to work in other countries.”