Play date! Singer Gwen Stefani and her husband Gavin Rossdale were spotted taking their boys Kingston, Zuma and Apollo over to Rachel Zoe’s house for a day at the beach in Malibu, California on Saturday (July 5). 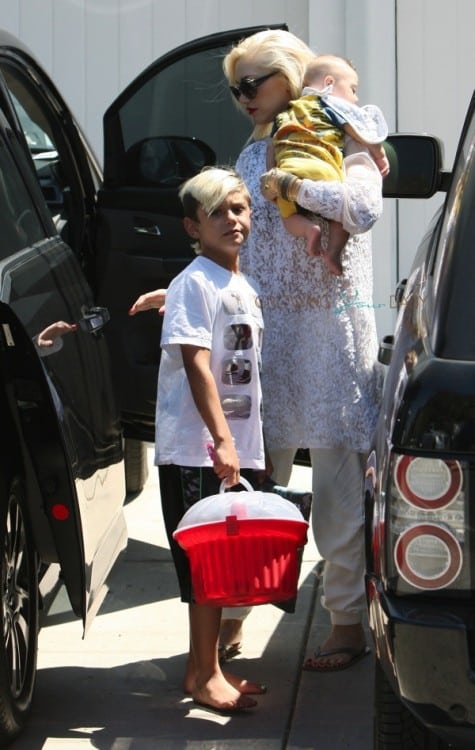 While Gwen, Apollo and Rachel hung out on the balcony, Gavin, Kingston, Zuma, Rodger Berman and son Skyler played on the beach with some friends. 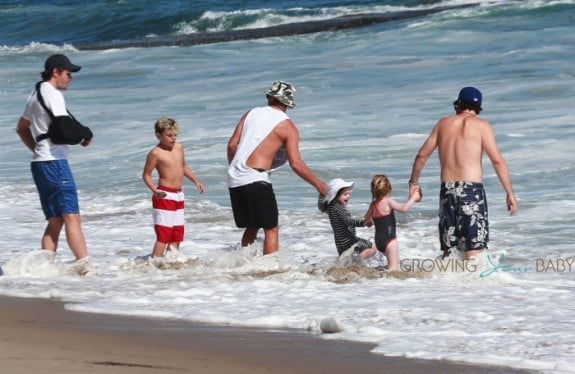 Apollo stayed close to his mom in the ErgoBaby carrier, as his brothers swam in the ocean 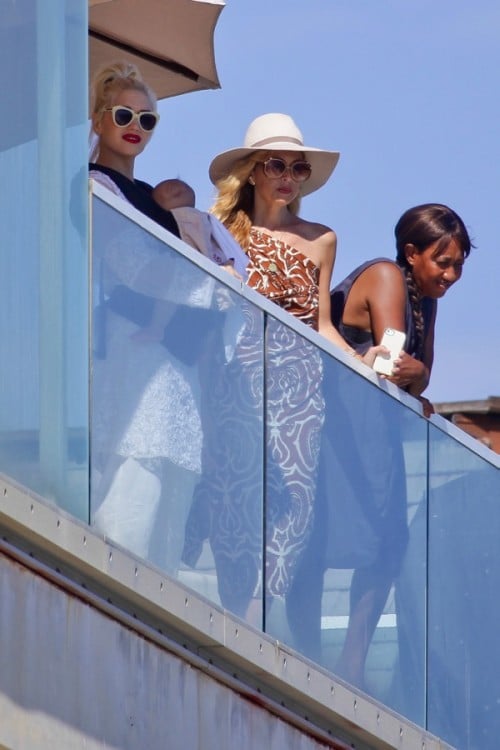 Also along for the trip was the Rossdale’s Pomeranian Chewy.  The pup worked to keep up with Kingston on the beach, but instead was swept away by the surf.  Thankfully Gavin was close-by to rescue the tiny pup from the ocean. 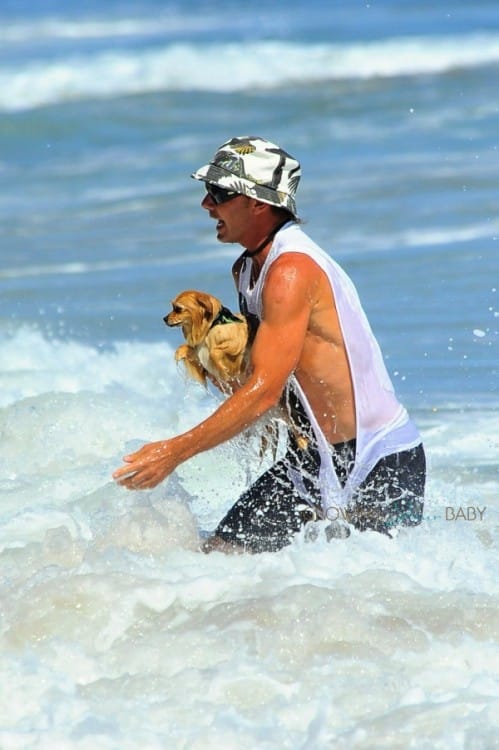