Home » Should School Boards Inform Parents About H1N1 Cases In Their Child’s Class? 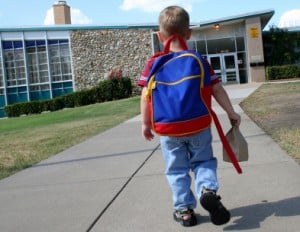 Kids are most at risk of catching the H1N1 flu, making schools the most likely place for outbreaks.

Now that all everyone is back to school. Should the school notify you if the H1N1 virus spreads to your child’s class?

Public health authorities and school boards in Ontario are saying it’s not feasible, practical or useful to warn parents about suspected cases of H1N1.

In part, this is because of concerns that fearful parents may react by keeping their children at home, in a pointless effort to protect them.

“I don’t think it would be helpful for children not to come to school because the influenza virus is circulating,” said Dr. Liana Nolan, medical officer of health for Waterloo Region. “Because if it’s circulating, it’s circulating everywhere.”

By contrast, if a student develops head lice, schools send a warning note home with classmates.

Head lice are “specific enough that we can actually track where somebody got it from,” Nolan said. It’s not the same with the potentially fatal influenza virus.

“It’s an unwise move for a parent to make, at this stage of the game, to keep a child home from school because they’re afraid they might get the flu,” said John Shewchuk, spokesperson for the Waterloo Catholic District School Board.

“You’re not gaining anything by keeping your child home, because if you’re going off to work, chances are you’re going to bring it home and give it to the kid that you’re keeping at home to keep safe, anyway.”

“We wouldn’t be notifying anyone,” said Margaret Coleman, spokesperson for the Waterloo Region District School Board.

A vaccine is expected later this year for the H1N1 virus, now a global pandemic.

While the disease is most easily caught by school children and other people between five and 24 years old, Dr. Nolan says school aged kids don’t get as sick as some others.

Regardless, I personally think that it’s irresponsible for school boards to hold this information back from parents.

If my son came home with H1N1 it could put my baby’s life at risk.

The Ontario health ministry has issued guidelines on swine flu in elementary and secondary schools.