In anticipation of the upcoming worldwide release of Disney’s film “Maleficent,” Stella McCartney has teamed up with Disney to create a capsule Stella McCartney Kids collection. The collaborative designs are inspired by the new film based on the untold story of the iconic villain from the 1959 classic “Sleeping Beauty” which will be released in cinemas on the 30th of May 2014 starring Angelina Jolie in the lead role and Elle Fanning as Princess Aurora. 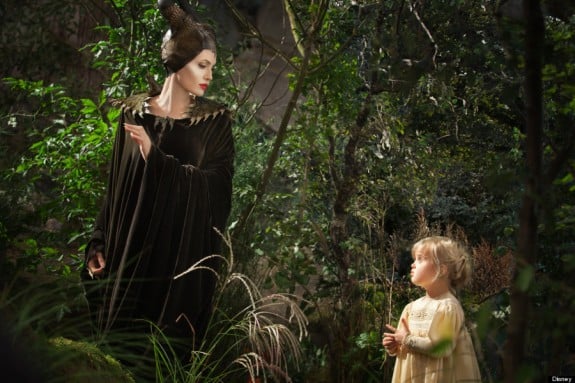 “I’ve always been a huge fan of Disney growing up, as was my mother, and I grew up watching all the films like most kids did,” Stella told WWD. “When the opportunity presented itself and I was invited by Angelina Jolie to visit the film set, I jumped at the chance.”

Inspired by the characters and visuals from the imaginary tale, the collection includes 8 playful styles for boys and girls ages 4 to 14. The range includes contrasting pieces; feminine princess-like dresses and sandals or dark in edgy t-shirts and sneakers, with prices ranging from about $75 to $185. A percentage of the sales will benefit SOS Children’s Villages, which helps support disadvantaged families. 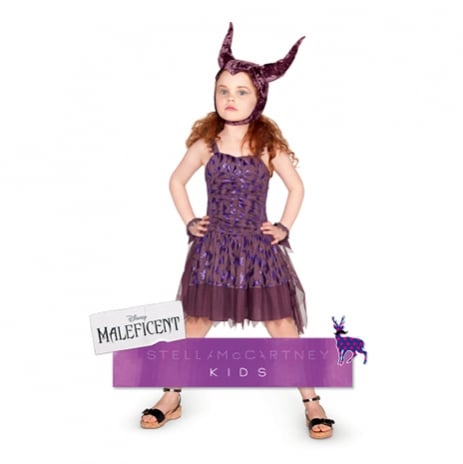 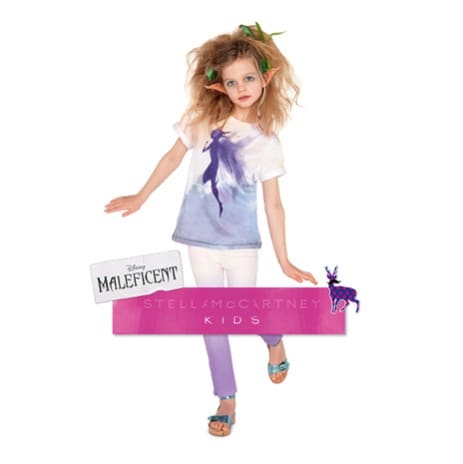 “There is a bit of a darkness to ‘Maleficent’ which can be really scary at times,” said McCartney, “but at the same time visually brilliant.”

The new collection will be available at the end of April.