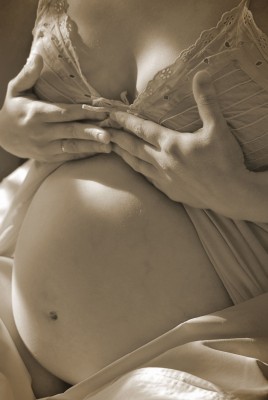 The woman, whose name has not been made public, gave birth on June 22. “Mother and baby are doing well,” Pascal Piver, MD, says in a news release.

Because she had sickle cell anemia and needed drugs to prepare for a bone marrow transplant, the woman had doctors remove and save her ovarian tissue. That had put her into menopause for two years.

The woman became pregnant without in vitro fertilization, according to a report that Piver and colleagues presented in Amsterdam at the 25th annual meeting of the European Society of Human Reproduction and Embryology (ESHRE).

A second patient, who had a blood vessel disease that required immune-suppressing medication, got the same surgery and, after an ectopic pregnancy, is pregnant again, Piver says.

At the ESHRE meeting, another team of researchers reported that when it comes to freezing ovarian tissue from women with cancer, a quick-freeze method appears to be better than the standard slower method — and almost as good as fresh ovarian tissue.

That finding came from a study of 15 young women with cancer who had their ovaries removed. Some of the patients had their ovarian tissue quickly frozen (a process called vitrification); others got the standard, slower freezing method.

For comparison, the researchers — who included Sherman Silber, MD, of the St. Louis Infertility Center in St. Louis — also studied nine women who got fresh ovarian tissue transplants from their identical twins.

The result: Eggs from the quickly frozen tissue were as viable as eggs from the fresh ovarian tissue, and both of those methods yielded more viable eggs than the slow-freeze method.

In 2004, researchers in the Netherlands successfully transplanted a 29-year-old woman’s ovary into her arm after she was treated for cervical cancer. They used her arm as the transplantation site because it was easy to access, and if she wanted to get pregnant, her eggs would be harvested for in vitro fertilization.

In 2005, a 24-year-old woman who had been infertile for a decade because of premature ovarian failure gave birth after receiving an ovarian transplant from her identical twin sister.

However, the American Cancer Society notes that the most common and successful method of preserving fertility in female cancer patients is to freeze embryos conceived through in vitro fertilization, using eggs harvested from the woman’s ovaries. Freezing ovarian tissue is an experimental option, according to background information on the American Cancer Society’s web site.