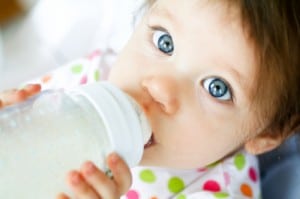 Australia, Canada and some U.S. states have banned baby bottles containing Bisphenol-A, and now, the European Union is following suit.

As of March 1, 2011 an outlaw on the manufacture of baby bottles containing BPA will go into effect and beginning June 1, 2011 it will be illegal to stock or import these bottles too.

The commission in charge of health and consumer policy stated that, “This is the result of months of discussion and exchange of views between the commission’s services, the European Food Safety Agency (EFSA), the member states and the industry.”

France and Demark have already acted, unilaterally, to ban BPA bottles.  Denmark took the ban a step further by barring the use of BPA in all food products for children under three.

The European Union is the largest open market in the world, which makes this ban a huge move toward safer products for babies around the world.

The EFSA has previously expressed the opinion that Bisphenol-A was safe in small quantities but John Dalli, commissioner in charge of health and consumer policy said, “It cannot be excluded that there might be an effect on the development, immune response or tumour promotion.”