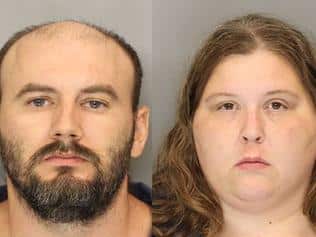 The 5 year-old girl was found weighing 156 pounds, her hair matted and full of bugs, the soles of her feet black from lack of shoes. Her 4 year-old sister was laying on a dirty mattress wearing only a urine filled diaper, and weighing 88 pounds. The home was filthy, full of bugs, and had mold growing.

Authorities charged the parents with neglect and removed the children from the home. The 5 year-old was in such poor health that walking caused her to wheeze and have trouble breathing.

“I’m not guilty of anything,” said the mother to news show CBS Atlanta.

According to a neighbor of the family, the girls were often seen wearing only robes or diapers. They also were never seen in shoes, even during the winter months. However, unlike most neglectful parents, the Cordonas did not starve their daughters. Instead, they seemed to overfeed them and ignored any concerns about the girls’ health and well-being. – Summer, staff writer