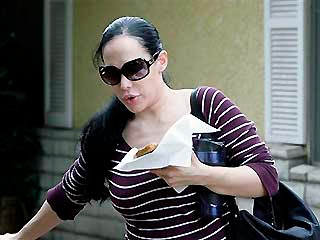 According to attorney Jeff Czech, Nadya Suleman has fired a nonprofit group of nurses that helped care for her children, accusing them of spying on her and reporting her to child welfare officials.

Last month an attorney for Angels in Waiting filed a complaint against the mom of 14 with child welfare officials, seeking an investigation into whether the mother could provide a suitable environment for her 14 children.

Nadya later had several confrontations with the nurses, her lawyer said, and the situation grew unbearable Sunday when she came to believe that Angels in Waiting founder Linda West-Conforti was allegedly filing a report against her with child welfare officials.

“It started out adversarial and never really resolved itself,” Czech told The Associated Press. “Nadya felt that she was being judged wrongfully and she didn’t need it. All it did was make a difficult situation worse.”

Angels in Waiting had initially offered to provide around-the-clock care, to be paid for by public donations, but later scaled back its offer to only provide training to Nadya’s nannies.

The nannies will now be trained by nurses from the Kaiser Permanente Bellflower Medical Center, where the octuplets were born on Jan. 26. Hospitals provide some training free of charge to new mothers.