Using oxygen therapy, scientists accomplished what is thought to be a first: reversing brain damage in a toddler who drowned in a swimming pool. 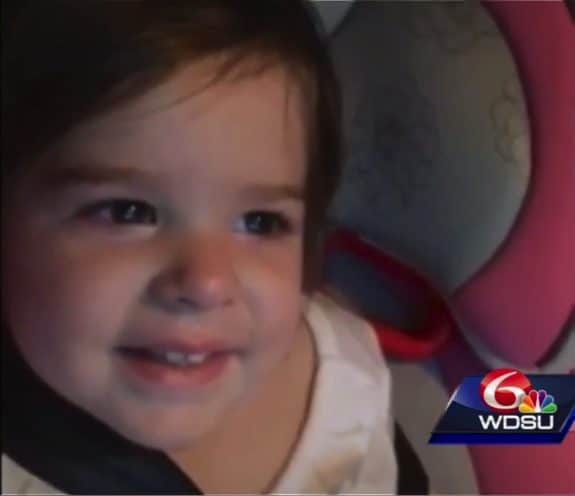 The accident happened in February 2016 when two-year-old Eden Carlson managed to get past a baby gate and fell into the family swimming pool. She was in the 5 degree Celsius water for up to 15 minutes before being discovered. The little girl was resuscitated and taken to the hospital. During a long hospitalization, she was unresponsive to all stimuli, immobile but squirming and constantly shaking her head. An MRI scan showed deep injury to her brain’s gray matter as well as significant loss of white and gray brain matter. 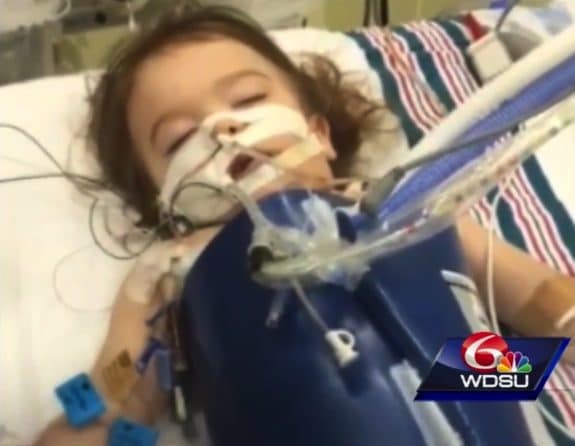 Researchers at the LSU Health New Orleans School of Medicine partnering with the University of North Dakota School of Medicine worked together on treatment options to reverse the brain damage, and began treating the child with two types of oxygen therapy.

First she received normobaric oxygen therapy, where levels of oxygen given are the same as at sea level. She also received hyperbaric (HBOT) oxygen therapy, getting pure oxygen at pressures higher than that of the atmosphere. The HBOT therapy takes place in a special chamber.

Eden was given normobaric oxygen in 45 minute sessions twice daily. The treatment appeared to help almost immediately, stopping the squirming and making her more alert. Soon she started laughing more and was able to move her arms and hands. There was also improvement in eye-tracking movements and some return of speech. After 78 days, doctors added HBOT therapy, with 45 minute sessions five days per week for a month.

Her mother says that Eden was “almost back to normal” after ten HBOT sessions, but still struggled with motor function. 39 more HBOT sessions were coupled with physical therapy. The result? Eden was able to walk and her speech returned to normal. Motor function was almost restored to pre-drowning levels.

The proof was in an MRI scan a month after the 40th HBOT session. That MRI showed almost complete reversal of the brain damage initially recorded.

Researchers believe that the oxygen therapy, coupled with Eden having the developing brain of a child, activated genes that promote cell survival and reduce inflammation, thus allowing her brain to recover.

The medical community now has a new therapy to consider using in similar circumstances, and believes this low-risk medical treatment could have a profound effect on function recovery.

The case report has been published in the journal Medical Gas Report.