Some of us come from large families, others from small ones. Some of us are the youngest in our family, while others fall somewhere in the middle, and then of course there are the first-born children. But does birth order really matter? A new study suggests that it definitely does.  In fact first-born children have been found to excel further than their siblings. 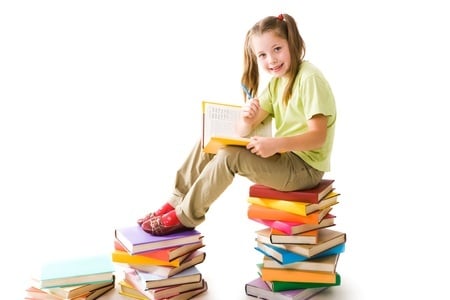 The study, facilitated by Feifei Bu, at the University of Essex Institute For Social and Economic Research shows that according to statistics, if you are the eldest child in your family, and female, then you are likely to be the most motivated and well-qualified of your family, with the next in line being the first-born males.  For example, all twelve men that have set foot on the moon have all been either the oldest or the only child from their family.

According to the study, it also had found that parents could increase their chances of having high-achieving children if they left a gap of at least four years between having each child. Researchers found that the larger the gap; the better the chances are of having a child with higher qualifications. The study left out families with only children, or families with only twins, in order to carefully look at the impact of sibling structures with aspirations. According to previous studies done in Denmark, the Netherlands and Norway, firstborn children are more likely to attain higher qualifications. However, Bu’s research found that this phenomenon can be partially explained by the fact that the eldest children were likely to just be more ambitious than their younger siblings.

The research, titled Sibling Configurations, Educational Aspiration and Attainment, followed approximately 1,503 groups of siblings, and 3,532 individuals throughout the entirety of the British Household Panel Study, as well as the study’s successor, Understanding Society. It took parent’s educations, as well as their professional status into account and determined that the eldest children were seven percent more likely to stay on track in education, than their younger siblings. Female firstborn children were thirteen percent more ambitious than firstborn males, with a sixteen percent higher probability rate of furthering their education than their younger siblings, with females being four percent more likely to have the qualifications for higher education.

“There are several possible explanations for the higher attainment and ambition of the eldest, it could be that the parents simply devote more time and energy to them – it could be they are actually more intelligent. For me, I tend to lean towards the theory that parental investment is possibly at work here. And I would say that the larger age gap between the children, the better the qualifications, I don’t think the number of children is something I can say anything about, as this study was done here in the UK, where family size tends to be smaller, so there was no substantial difference to note.”

Bu also noted that she had found zero evidence of the often heard complaint among the “middle children” of the family being “left out” of receiving their parent’s attention.

In addition to looking at educational attainment and aspirations, researchers also studied the gender mix among siblings, as well as the size of families, once again excluding only children and twin families. They found that there was no evidence that the gender of another sibling made a difference to the level of aspiration, but it was revealed that the larger the age gap between sisters and brothers did make a difference when it came to educational attainment.

“It shows us how educational disparities exist not only between families but also within families. It is interesting that we observe a distinct firstborn advantage in education, even though parents in modern society are more likely to be egalitarian in the way they treat their children.” Bu also quips that she has a personal interest in pursuing the study of sibling structures, saying “I’m the firstborn, of course. That is why I’m doing a PhD.”